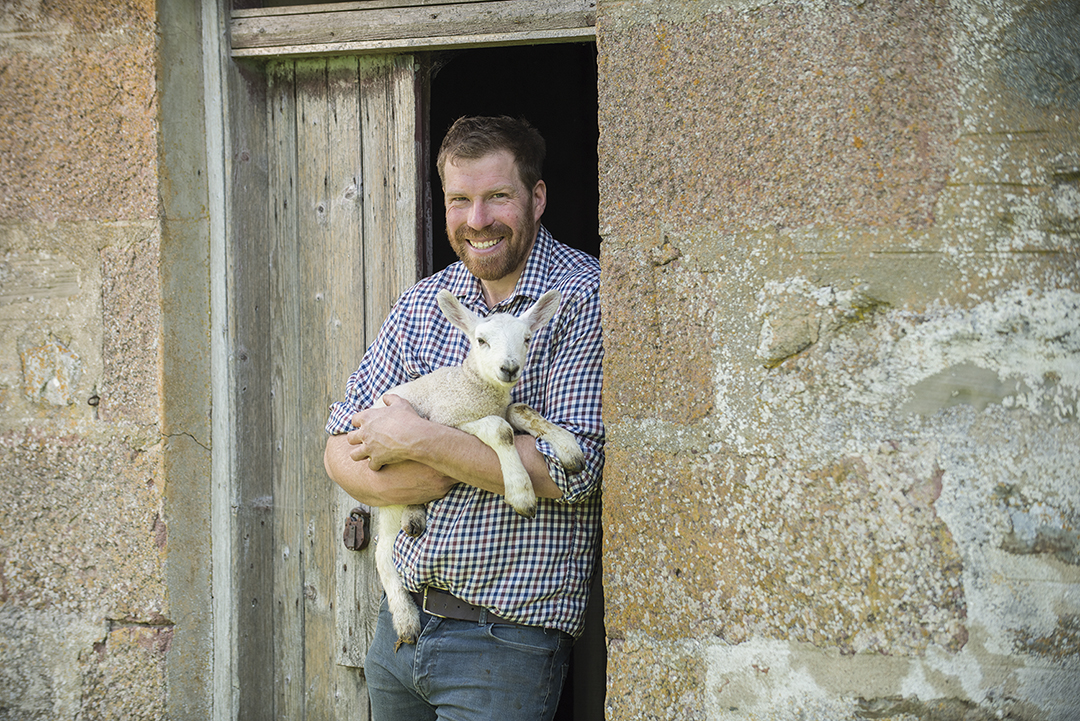 Scottish Field magazine have recently announced that the favourite farmer comedian will take to the stage to host their Scottish Rural Awards 2020.

The black-tie awards ceremony will be held on 2nd April 2020 at the Glasgow Hilton.

‘With diversification now often less a lifestyle choice than a necessity, this year’s Scottish Rural Awards will be hosted by Perthshire farmer Jim Smith, whose new sideline as a phenomenally successful stand-up comic has seen him break new ground,’ said Richard Bath, editor of Scottish Field.

‘We are huge fans of Jim Smith at Scottish Field and after Rosie Morton interviewed him for the July issue of the magazine we decided he was just the man for the job of hosting our prestigious rural awards. Nominations close on 4th November so businesses will have to get their nominations in fast if they want to be in with a chance of being shortlisted,’ said Brian Cameron, Commercial Director of Scottish Field.

The comedian will follow in the footsteps of other Scottish Rural Award hosts who include Dougie Vipond and Fred MacAulay.

After catching the comedy bug writing sketches for the Young Farmers panto and making his comedy debut five years ago, Jim Smith is now one of Scotland’s fastest rising comedy stars.  Still a working farmer in Perthshire, Jim’s unique insight into rural living coupled with his sharp observational humour, has allowed him to create hilarious shows from his day to day life.

With two sell-out Fringe runs and a sell-out 40 date Scottish Tour under his belt, when he’s not on the farm Jim is in demand as a performer all over Scotland.  TV and radio credits include BBC Radio Scotland’s Breaking The News, BBC Scotland’s Scot Squad and BBC Short Stuff ‘The Farm Diaries’.

‘HE IS NOTHING SHORT OF SUPERB’ – The Scotsman

The ultimate benchmark of success in Scotland’s countryside, the Scottish Rural Awards are now in their sixth year and are partnered by Scottish Field Magazine and the Scottish Countryside Alliance. There are 14 awards which will be awarded to the winners at the awards ceremony hosted by Jim Smith on 2nd April at the Glasgow Hilton. Twelve of these awards are open for nominations and the deadline is 4th November. The finalists will be announced in December.

It couldn’t be easier to enter the awards.

Businesses and individuals can nominate themselves or a friend on the Scottish Rural Awards website. It only takes five minutes to fill in their online form to register your nomination. Enter at www.scottishruralawards.org

Businesses have until Monday 4th November to put forward their nomination. Businesses can either self-nominate or be nominated by a friend, family member, customer or member of the public.

The full criteria for each award, along with nomination forms, are also available on the Scottish Rural Awards website, and it is free to enter a nomination.

As an added bonus, every nominee will receive a free copy of Scottish Field magazine.

‘The Scottish Rural Awards go to the heart of Scottish Field’s commitment to showcase the best that Scotland’s countryside has to offer. That is why it has been an enormous pleasure to be a part of an awards that has grown in stature with every passing year.’

‘Our involvement with the SRA has also been an educational process: judging the awards each year has revealed the extraordinary levels of innovation and energy of the people who live in rural Scotland. In turn, the awards have given those dynamic custodians of Scotland’s rural economy the public recognition which they so richly deserve.’

‘Land-based businesses contribute over £2 billion to the Scottish economy. Despite the multiple challenges they face, they are hugely valuable brand ambassadors for Scotland, and many provide vital support to their local communities. These awards give Scotland a chance to recognise the resilience, innovation and contribution that rurally-based people and businesses make to its success.’

Finalists will be announced at the beginning of December 2019, with winners revealed at the Scottish Rural Awards ceremony and gala dinner, which will take place on 2nd April 2020.

For more information or photos from the 2019 Awards please contact Marketing Events Manager Claire Daly on 0131 551 7936 or email info@scottishruralawards.org