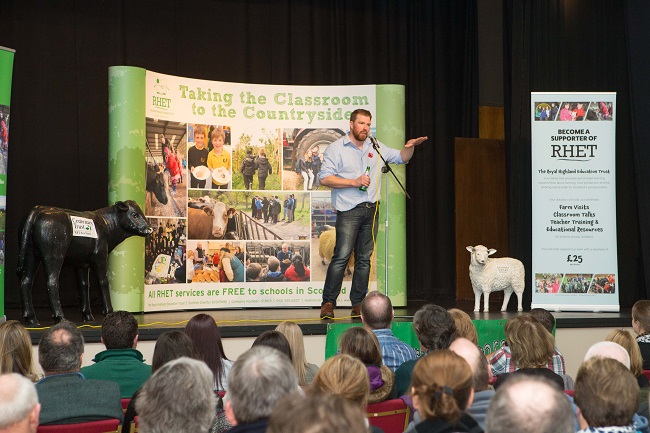 A comedy night in Blairgowrie is set to raise funds for RHET Perth & Kinross -- a charity dedicated to teaching children about food, farming and the countryside.

Phil Differ will headline the Comedy Night at Blairgowrie Town Hall on Saturday 24 February 2018. Phil Differ has a career spanning over thirty-five years and been behind many of Scotland’s best loved comedy shows including Chewin’ the Fat, Still Game and Offside.

M.C. for the night is Graham Mackie, another well-known comedian who performs regularly in Glasgow and makes regular appearances on BBC Scotland’s Call Kay and The Fred MacAulay Show. Local ‘Stand up Farmer’ Jim Smith is a previous chairman of RHET and is well known across Scotland for his rural humour, impressions and has recently starred in TV Show Scot Squad.

"We are delighted with the top line up of comedians for the RHET Comedy Night. RHET Perth & Kinross have recently created a Bus Fund to allow financial support to schools to pay towards bus costs – the main contributing factor in getting children out to the countryside. Hopefully this event will boost the money available to schools in the future."

The Royal Highland Education Trust (RHET) was established in 1999 to create the opportunity for every school pupil in Scotland to learn about food, farming and the countryside. RHET organises farm and estate visits for schools and also arranges classroom speakers who can explain the environmental, economic and social realities of living and working in the countryside.

Buy your tickets on Eventbrite