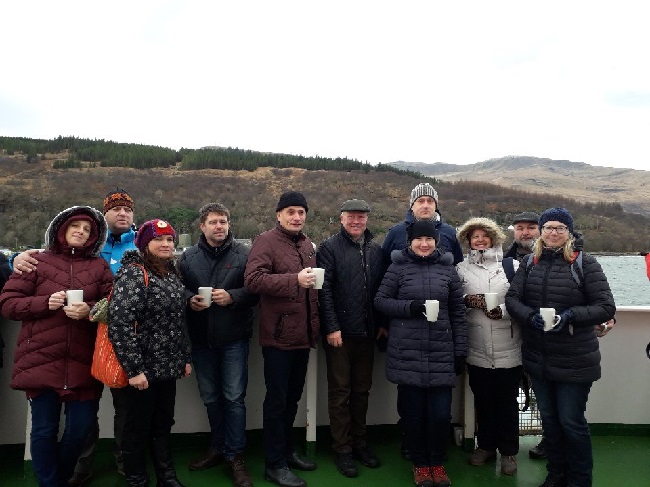 The Scottish Rural Network (SRN) recently hosted a visit from a group of Estonian farmers and academics which saw them visiting projects and businesses across western and central Scotland, including Mull.

The SRN put together a programme of visits for the group based on their interests, predominantly sheep farming and slaughterhouses, as the group are in the process of setting up an abattoir on the Estonian island of Muhu.

Day one of the programme was based around Mull, including visits to Mull and Iona Abattoir and Ardalanish Weavers, accompanied by Lorraine from the SRN who had put together their schedule.

Following a tour round the abattoir, the group heard from Flora Corbett who explained how it was established, how the users of the abattoir are considered owners of it, lessons they have learned and advice she would give to the group.

The abattoir visit was followed up with a trip to the south of the island where the group got a demonstration of a working loom at Ardalanish Farm & Weavers and a much welcome cup of coffee following the arrival of some horizontal rain! Storm Sheila did not have the group beaten though and they braved the ferry back to Oban that evening. 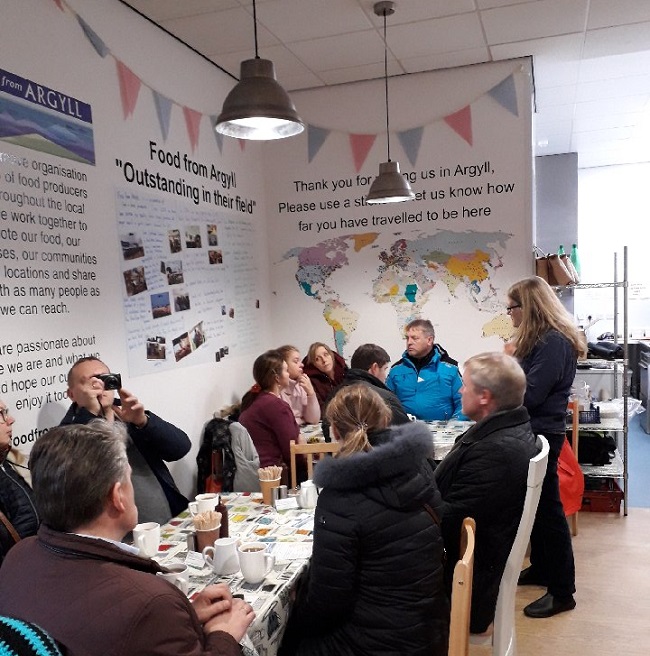 The group started day two at Food from Argyll at the Pier where they met Virginia Sumsion and heard about the cooperative organisation made up of food producers from throughout the Argyll area. There was a lot of common ground established during this visit and discussion about the benefits of selling local produce both within the café and at festivals and agricultural events.

The second visit of the day took the group to Kirkton and Auchtertyre Farms, SRUC’s research facility where scientists and staff manage projects that utilise the livestock, land and vegetation of the farms. Their work aims to help address the economic, environmental and social challenges facing hill and mountain land use systems at a Scottish, UK and international level. Nicola and Ann from SRUC showed the group around and explained about the various research projects they are currently undertaking at the farm.

The third and final visit of the day saw the group visiting Fyne Ales Brewery in Cairndow, a working farm that has diversified into a successful Brewery and Tap Shop.

The last day of the trip saw the group hosted by Alan Robertson, Network Manager for the SRN. The group visited two livestock marts: Caledonian Marts (Stirling) Ltd and United Auctions at the Stirling Agricultural Centre.

At Caledonian Mart the group were met by Alistair Logan, one of the auctioneers, who hosted a tour of the facilities and gave an overview of the operation. The group were then invited to observe a cattle auction in action.  The group also took in the farm shop and were impressed by the extensive range of local produce.

The group then travelled to the United Auctions at the Stirling Agricultural Centre where a sheep auction was in progress. As most of the group are involved in sheep farming this was of particular interest and the host from United Auctions, Jack, gave a very informative presentation which generated lots of questions from the group. The group were impressed by the size and layout of the auction and the inclusion of retail outlets to aid viability. 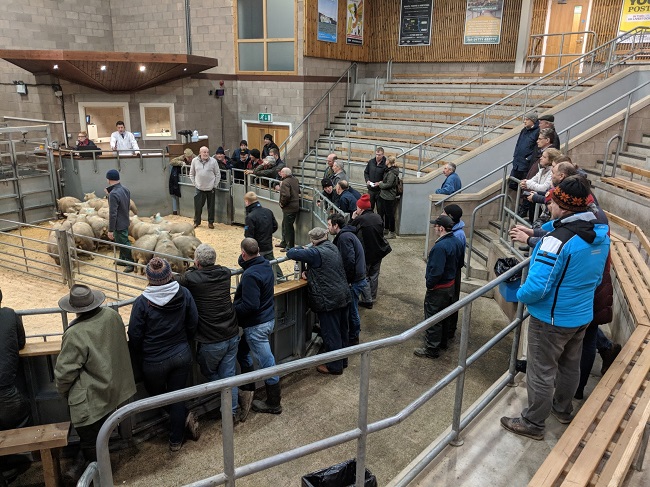 At both auctions the group were initially baffled by the auctioneers rapid delivery but were soon impressed by the dexterity displayed – it was certainly a challenge for those in the group who spoke English to keep up with the bidding process!

From there the group moved on to the Smiddy Farm shop at Blair Drummond which operates a shop, butchery and café. The butchery business strongly models the short supply chain principle, for example their beef comes from Lochfield Farm in Doune just three miles away, lamb from Dunblane and organic beef from West Moss-side Farm, Thornhill, also three miles away.

From there it was back to Stirling for the last hour of daylight to get in a bit of well-deserved sightseeing.

"The trip was wonderful and we learned a lot. Mainly that food marketing problems are very similar here and there. But also that we should somehow develop a similar auction system as you do - the Mart was impressive. We were all really enthusiastic about this trip and I’m sure our cooperation received a huge push."