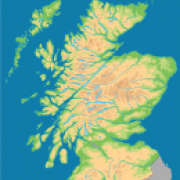 The project was to provide funding to expand the manufacturing capability of Mackie’s Limited to enable the in-house production of injection moulded 2-litre ice cream tubs. This would provide Mackie’s with a secure supply of packaging (previously bought from Sweden) and create two new jobs in tub production whilst securing existing jobs in ice cream production through increased sales.

Mackie’s had previously purchased two moulding machines that produced a tub and a lid for the 1-litre ice cream range. The FPMC grant enabled the purchase of a 2-litre mould that would fit on the existing machines and produce the 2-litre tubs and lids. These would be produced in batches running for about one month and then the machine would be switched back to 1-litre moulds.

The project enabled Mackie’s to promote the 2-litre range in the retailers at home (UK) and in export markets because the tub cost was lower to manufacture than buy in. This additional promotional activity increased sales and created new jobs within the tub production area.

The management team and staff were all involved in the project with the engineering team and Production Director overseeing the installation of the mould, Sales were involved in promoting the 2-litre products and expanding sales in UK and export markets and Production were responsible for producing the tubs.

The project has secured supply of 2-litre packaging leading to expansion of the 2-litre range and increased sales in home and export markets. The greatest achievement has been doubling the export sales of 2-litre products.

There were problems with installation of the machinery and also the changeover from the 1-litre moulds to the 2-litre. The engineering team devised a fast changeover process that reduced downtime and increased output.

Any tips for others thinking about a similar project?

Speak to as many suppliers as possible and also companies that have installed similar equipment/solutions to find out any problems encountered.