The European Innovation Partnership (EIP) aims to bridge the gap between Research and Practice in Agriculture, Food and Forestry across Europe.  I was fortunate to be invited to attend the workshop in Vienna where I helped to lead discussions on the role of Agroforestry in supporting value chains. Eighty participants from 21 countries attended.

A small Scottish hostel has made it to the finals of a biennial European Commission Award designed to recognise businesses at the forefront of eco-innovation.

The European Business Award for the Environment supports the growing number of enterprises that put protecting the environment at the very heart of their work.

Margaret Farrelly started out with 150 hens selling to a local packer. Today she has over 160,000 hens and an annual turnover of €6.2 million. Her company employs 33 people and she works with 22 other Irish farmers to deliver free-range Irish eggs and liquid eggs.

The Scottish Government has announced that European Union (EU) funding contracts for farming, fisheries and structural funds projects that are agreed before the UK proposes to leave the EU will be paid in full.

Finance Secretary Derek Mackay has announced that he will be passing on, in full, the EU funding guarantees that have been offered by the UK Government, providing certainty for over £700 million of EU funding for Scotland. 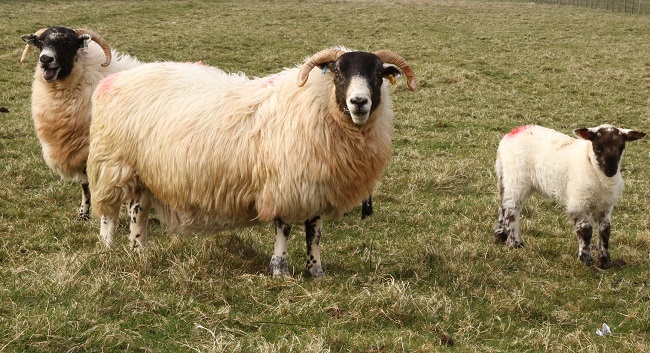 Creation of a formal capacity-building, experience-sharing, mutually-supportive and collaboration-catalysing network for graziers of common and communal land and their organisations from across Europe.

If you have a project idea and would like to apply for a decision on funding to the Dumfries & Galloway LEADER March 2017 LAG meeting, you must submit your Expression of Interest.

The European Small Islands Federation highlight some of the issues that small islands face as well as the wealth of opportunity for sustainable development.

Officials from all over the European Union came together to share their experience of supporting European Innovation Partnerships in agriculture and forestry (EIP-AGRI) in Budapest, Hungary on 4-5 October 2016.

The idea behind European Innovation Partnerships is that farmers or foresters work with others, such as researchers to:

Each June an Annual Implementation Report (AIR) on the Scottish Rural Development Programme 2014-2020 is submitted to the European Commission.

The first report was submitted in June 2016 and covered the calendar years 2014 and 2015. To accompany the AIR, an overview of the main findings was produced - Summary for Citizens.

Are you aged between 18 and 25 and passionate about the future of agriculture?

Entries are now open to participate in the third Bayer Youth Ag-Summit to be held in October 2017 in Brussels.

In partnership with two Belgian Young Farmers Associations, Groene Kring and Federation des Jeunes Agriculteurs, next year’s week-long conference will bring together around 100 young people to discuss contemporary issues in agriculture, the environment and international development.