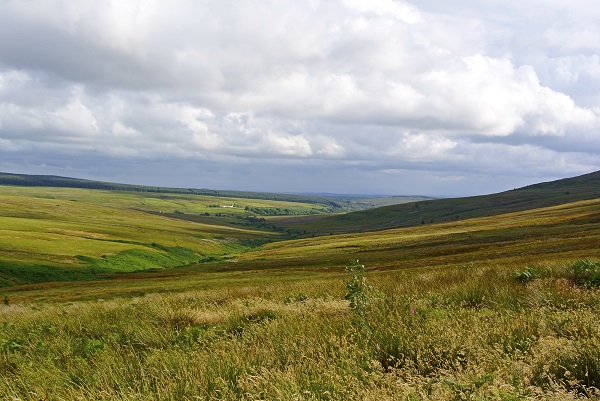 The charity and Buccleuch Estates also have an agreement for a smaller option, with the community purchasing around 5,200 acres of land, including six properties, jointly valued at £4.2 million. Discussions are ongoing.

With the community facing a race against time to raise the money for either deal, the Garfield Weston Foundation – a family-founded grant-making Trust that supports charities across the UK – has pledged £300,000 towards the buyout.

“This generous support from the Garfield Weston Foundation could well be a game-changer for the Langholm Moor Community Buyout. All the signs are that momentum is now building towards a successful outcome,” said Margaret Pool, Chair of the Langholm Initiative.

“Just months ago we had a daunting mountain to climb, but the summit is now in sight. It’s still going to be hard work to get there, and the clock’s ticking. We’re asking people to help achieve something special by supporting our crowdfunder, and for major funders to get in touch.”

The purchase – whether for 10,500 or 5,200 acres – would be South Scotland’s biggest community buyout in land value and area so far, and would lead to the creation of a vast nature reserve. Peatlands and ancient woods would be restored, native woodlands established, and a haven provided for the area’s remarkable wildlife – including hen harriers, the UK’s most persecuted bird of prey.

Philippa Charles, Director of the Garfield Weston Foundation, said: “Our Trustees are delighted to pledge support as they recognise the important environmental value of this land, and they were also impressed with the ‘never give up’ attitude of the community and those involved in the project. We hope others are inspired to help at this crucial final stage.”

After the Scottish Land Fund awarded the project £1 million in June – hugely welcome but a third of the amount requested, and with the condition the purchase be completed by 31 October – the buyout appeared at serious risk. The community was left with weeks to raise the remaining millions.

But the buyout has continued to receive wide support due to its vision of tackling climate change, restoring nature, and supporting community regeneration by bringing jobs and visitors to the area.

In August, the Dunblane-based Carman Family Foundation pledged £500,000, and in early September, the South of Scotland Enterprise Agency announced up to £1 million financial support.

The public crowdfunding appeal at gofundme.com/langholm-moor-buyout has now passed the £130,000 mark, with donations made by some 2,500 people from around the world. Another £80,000 of direct public donations has been made, and the John Muir Trust has donated £100,000.

The buyout is supported by leading charities including the John Muir Trust, Borders Forest Trust, Rewilding Britain, RSPB Scotland, Trees for Life, and The Woodland Trust.

Buccleuch Estates announced its decision to sell some 25,000 acres of its Borders Estate last year. The landowner has not set a hard deadline for the buyout, and is working with the community to achieve a positive outcome.

The Langholm Initiative was formed in 1994, as one of south Scotland's earliest development trusts. It facilitates projects that make a lasting difference to the local area and local people.

To find out more and to support the crowdfunding appeal, visit langholminitiative.org.uk.