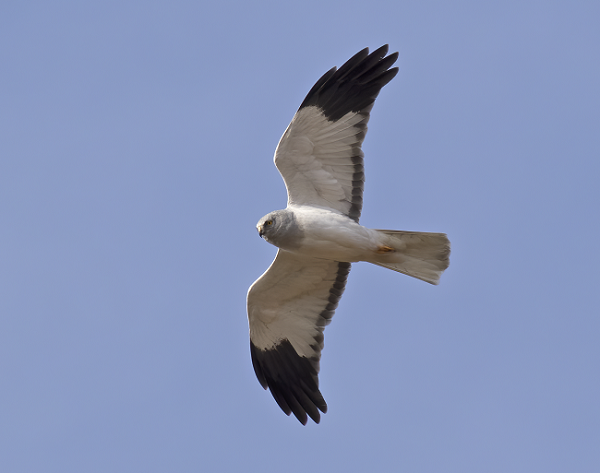 One of Scotland’s largest community buyouts that has appeared at risk in recent weeks has received a major boost thanks to a £0.5 million pledge from the Dunblane-based Carman Family Foundation.

The community of the small town of Langholm in Dumfries and Galloway aims to buy 10,500 acres of Langholm Moor – jointly valued at £6 million – from Buccleuch’s Borders Estate.

The project – led by the Langholm Initiative charity, and likely to be Scotland’s biggest community buyout in land value to date – would see a vast nature reserve created on the culturally important land, to tackle climate breakdown, boost nature restoration and support community regeneration.

But the community has been facing a race against time after the Scottish Land Fund recently awarded the Langholm Initiative £1 million, a third of the amount applied for, on condition the purchase is completed by October 31 – leaving the community just weeks to raise the remaining £5 million.

“The Carman Family Foundation’s tremendous £500,000 support for the Langholm Moor Community Buyout is a major boost, and couldn’t have come at a better time. It really keeps the project on track. This kind of support makes all the difference, and we’re hugely grateful,” said Margaret Pool, chair of the Langholm Initiative.

Bill Carman, Trustee of the Carman Family Foundation, said: “We’re delighted to be helping bring this special area into the ownership of people who take biodiversity – both flora and fauna – seriously. Langholm Moor deserves to be protected and enhanced, because it is crucial that we all help the natural environment stabilise and re-establish, but also because it will act as an excellent example of how humans can work together in selfless communities. We think it is really important that the buyout succeeds, and would urge all who read this to contribute as much as they can.”

Creation of the Tarras Valley Nature Reserve would see globally important peatlands and ancient woods restored, native woodlands planted and regenerated along river valleys, and open moorland protected for ground-nesting birds. The land is a haven for wildlife including merlins, black grouse and short-eared owls, and a stronghold for hen harriers – the UK’s most persecuted bird of prey.

Public donations for the buyout have now reached £200,000, including through a crowdfunding appeal at gofundme.com/langholm-moor-buyout. This year’s Hen Harrier Day – held online on 8 August, and hosted by television presenters Chris Packham and Megan McCubbin – raised around £10,000 towards the purchase. The John Muir Trust has donated £100,000.

The Langholm Initiative is also working with the new South of Scotland Enterprise Agency. The charity is seeking other major funders, and is urging people who can help to get in touch.

Langholm, nestled in the beautiful and dramatic Southern Uplands, has a rich history and culture. It is the birthplace of legendary poet Hugh McDiarmid and is famous for its annual Common Riding festival. The once thriving textile centre has seen this industry decline in recent years. The people of the town have a deep connection to the land, which has never been sold before.

The Langholm Initiative was formed in 1994, as one of south Scotland's earliest development trusts. It facilitates projects that make a lasting difference to the local area and local people.

The Carman Family Foundation was set up to assist with projects that both enhance biodiversity and encourage people to gain knowledge and enjoyment from the newly enhanced land.

To find out more and to support the crowdfunding appeal, visit langholminitiative.org.uk.