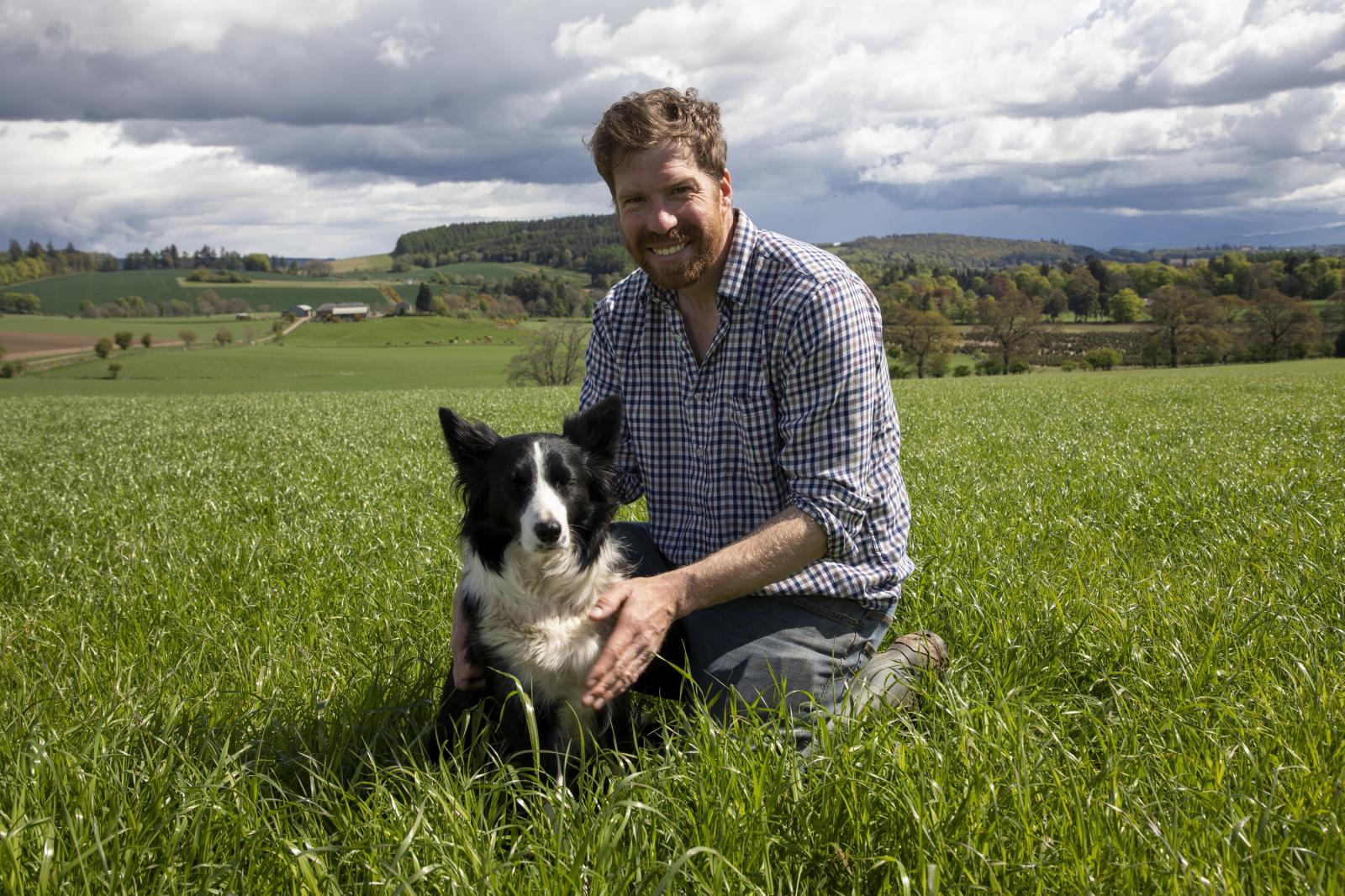 RSABI, the charity supporting people in Scottish agriculture, launched their #KeepTalking campaign on 21 May, fronted by Perthshire farmer and TV comedian Jim Smith.

The charity first ran the campaign in 2020, and after a year of restrictions and various lockdowns, they believe the message of #KeepTalking is more important than ever.

The four-week campaign will encourage people in farming and crofting to stay connected, to look out for each other, and to open up if they’re struggling, with RSABI available to provide support.

During the pandemic demand for RSABI’s helpline services has significantly increased. From April 2020 to March 2021, their team made and received 2734 calls, up 63% on the previous year, with the charity’s telephone call out service coming into its own.

RSABI staff and volunteers are currently making regular calls to around 150 people in the agricultural community – previously around 30-50 were receiving a regular call.

“Social connection is so important for our mental wellbeing and the past year has been really difficult,” explains RSABI CEO Nina Clancy. “We’re all looking forward to being able to meet up more with friends and family as restrictions ease, but it will be some time before we’re able to socialise as we used to.

“Agricultural shows and trips to the auction market are vital social gatherings that we’ll largely be missing out on again in coming months – although we’re very much looking forward to the Royal Highland Showcase.

“It’s also important to remember that loneliness and mental wellbeing were important issues for the industry before the pandemic and will continue to be even when all restrictions have lifted.

“During the campaign we’ll be encouraging everyone to make the time to pick up the phone to have a blether with a friend, neighbour or family member, meet up in person where it’s allowed, or to call us if they’re feeling down. Even a short call or a quick message can make all the difference to someone who is struggling.”

The campaign will launch on 21 May, timed to coincide with the end of spring work when there is traditionally a lull and people may be at greater risk of feeling low or lonely.

The campaign will include #KeepTalking week from 14 June, when RSABI will be encouraging everyone in the agricultural community to get in touch with someone they haven’t spoken to for a while.

A short film ‘We All Need a Farmer’, instigated by Scott Brown and Ross Montague (of Scene and Herd) and produced under the guidance of Jason Connery will also be launched during the campaign.

Jim Smith said he was delighted to once again front the #KeepTalking campaign. He said: “Although things appear to be getting back to normal a bit more, there are still a lot of issues out there, and mental health is still a huge issue. It’s important for farmers to try to make the time to take just five minutes to lift the phone, or even meet up in person now you’re able to. Now that the busy season is over, it’s important to make time for your pals – it benefits both parties.”