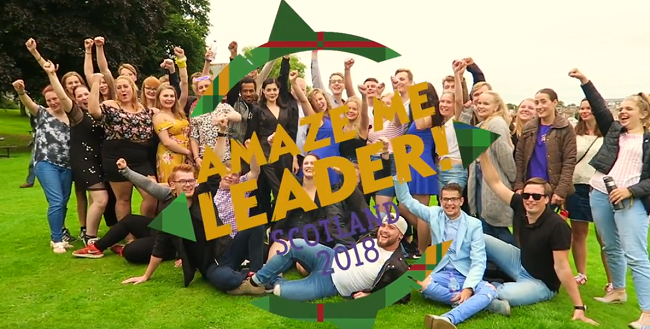 Amaze Me LEADER is a project developed by the Dumfries & Galloway LEADER Local Action Group to bring young people’s voices to the fore in rural community development. Getting young people involved in local decision making is key to the sustainability of our local communities and Dumfries & Galloway LEADER are keen to support that dialogue on both a local and national level. What is learned from participants over the course of the Amaze Me LEADER week of activity and discussion will help to inform how the Local Action Group take forward their plans for the future of LEADER post 2020.

The event was run by Sleeping Giants CIC on behalf of Dumfries & Galloway LEADER, and included a full week jam-packed with fun activities, including longboat racing and stargazing. The week culminated in a ‘Thinktank’ workshop held in Dumfries on 10th August, where delegates were welcomed with a recorded speech from Nicola Sturgeon, who spoke about the importance of the event as part of Scotland’s Year of Young People;

“…There is no better time to celebrate and reflect on the contribution that young people make to our rural communities. This week provides a great opportunity for doing just that, it gives young people from rural areas across Europe a chance to talk about the things that will directly affect their future. I hope that the knowledge, experience and friendships you gain will benefit you and rural communities in the years and decades ahead.” You can view the speech in full here.

Next on the agenda was a series of thought provoking talks from keynote speakers, including the Children’s Commissioner for Scotland, colleagues from the Rural Youth Project and national ambassadors for Scotland’s Year of Young People.  Delegates then participated in a series of themed discussion sessions, focusing on the various strengths and challenges faced by rural youth and potential solutions to these challenges. A networking lunch was then provided, where the Scottish Rural Network grabbed the opportunity to talk to some of the young people attending the event, as well as some key influencers. 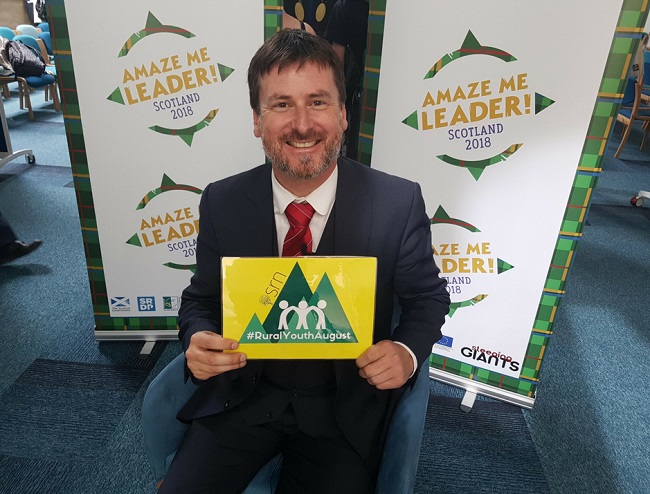 One of the delegates, Kate Barr, spoke to us about the importance of events like Amaze me LEADER for rural young people.

“If you are an innovative person who has got an idea you might not think that there are other people around you who could help make that idea a reality. For young people to be together this week who have all got the same vision for their area  -that gives us a collective hope”, she said. Kate is currently based in London but originally hails from Dumfries and Galloway, and has a keen interest in rural development. 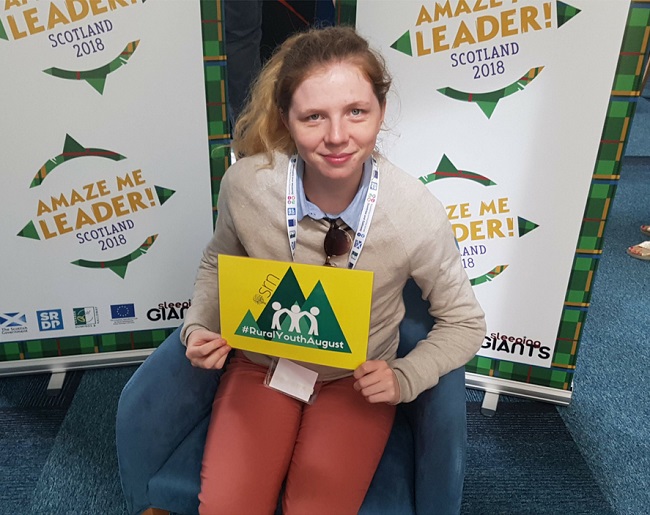 “The reason we wanted to do an event like this was to encourage young people to get involved in discussions, and get involved in local decision making. For me, the key message for them to take away is that there are lots of people there who are willing to listen to them. This is a platform for them to have a voice.”

You can check out our video summary of the event and interviews below, with thanks to the film team Studio105 for the extra footage!

Amaze Me LEADER 2018 from ScottishRuralNetwork on Vimeo.