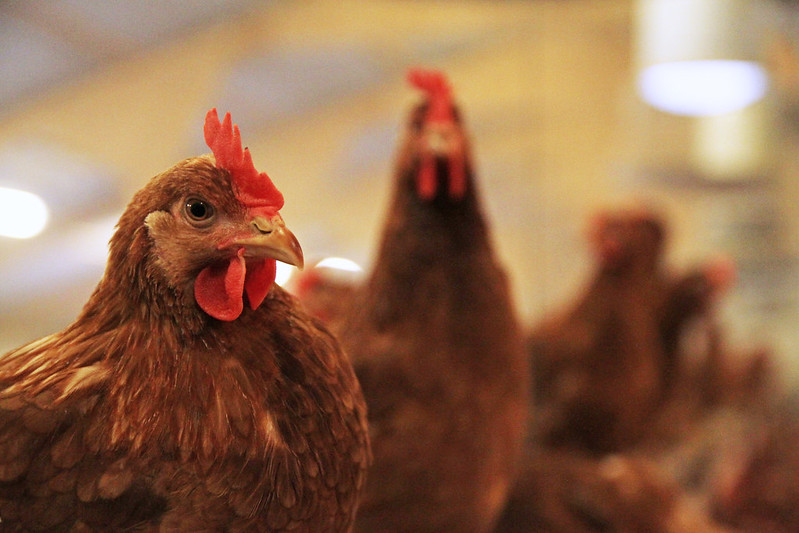 An Avian Influenza Prevention Zone applying to all of Scotland has been declared. It introduces stringent biosecurity measures for all bird keepers (including those who keep pet birds) to help prevent the spread of avian influenza from wild birds or any other source. This precautionary step has been taken in response to cases of a strain of highly pathogenic avian influenza (HPAI) H5N8 causing high mortality in poultry and wild birds in England and in Europe.

The measures will be kept under review and will be adjusted to reflect the risks. A similar zone has also been declared in England and Wales.

“We have declared a Prevention Zone as a precautionary measure to protect Scotland’s poultry industry.  I urge all bird keepers to maintain and strengthen their farm biosecurity measures in order to help prevent an outbreak of avian influenza in Scotland.

“The Scottish Government and its partners continue to monitor the situation in in England and in Europe closely and stand ready to respond to any suspicion of disease in Scotland.  Any bird keepers who have concerns should immediately seek veterinary advice.”

“The risk of an HPAI incursion into poultry in the UK was very recently raised from low to  ‘medium’, although for wild birds the risk has been raised from ‘medium’ to ‘high’. It is normal to see these viruses circulating among wild bird populations at this time of year, however the strain seen in Europe appears to be particularly virulent which is a cause for some concern.

“Consumers should not be concerned about eating eggs or poultry given the expert advice about food safety and human health.”

Avian influenza is a notifiable animal disease. If you suspect any type of avian influenza you must report it immediately. Failure to do so is an offence.

You can report suspected or confirmed cases in Scotland by contacting your local Field Services Office.

In Great Britain, if you find dead wild waterfowl (swans, geese or ducks) or other dead wild birds, such as gulls or birds of prey, you should report them to the Defra helpline (03459 33 55 77 - please select option 7).

More advice and regular updates on the latest situation is available on the Scottish Governments’ avian flu site.

In GB, you are legally required to register your birds if you keep more than 50 birds. Keepers with less than 50 birds are strongly encouraged to register. It is also a legal requirement to notify APHA of any significant changes in the average number of birds kept.

There have also been a number of confirmed reports of avian influenza in wild birds including geese and swans in the Netherlands and north of Germany in recent weeks. These wild birds are all on the waterfowl flyway from breeding grounds in western Russia, where the H5N8 strain was reported in poultry in mid-October.

As part of routine wildlife disease surveillance post-mortem examinations of birds are undertaken in incidents where any ‘at risk’ bird species (wildfowl or gulls), or five or more birds of any other species, are found dead in the same location and at the same time.