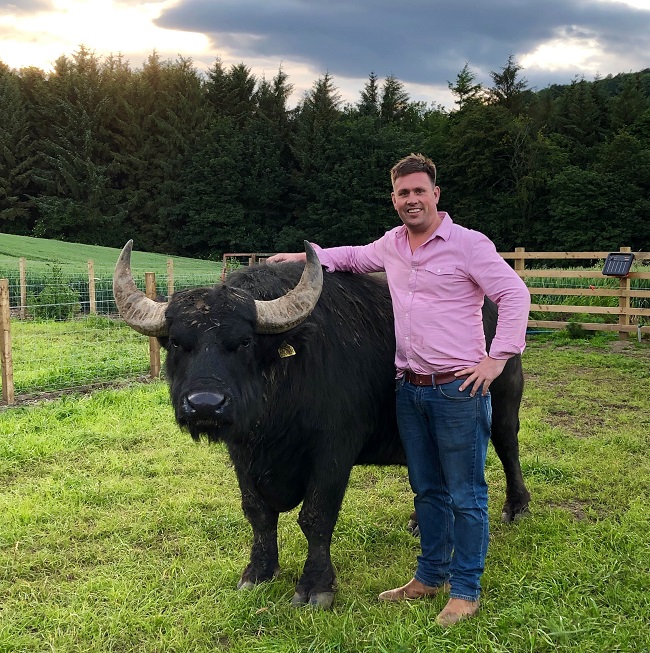 A Fife farmer is aiming to become Scotland's first producer of buffalo mozzarella with the help of a crowdfunding campaign.

Steve Mitchell from the Buffalo Farm, who has appeared on BBC's 'This Farming Life' has launched a 'Founders Club' crowdfunding campaign with an ambitious crowdfunding target of £800,000 to build a manufacturing facility, milking parlour and slurry store

Steve, the sixth generation of the Mitchell family to farm in Fife, has been rearing and nurturing his buffalo herd since 2005, providing unique and delicious buffalo meat to Scotland’s foodies. He is now turning his attention to making buffalo mozzarella and offering supporters of his newly launched crowdfunding campaign, called the ‘Founders Club’, the chance to secure rewards comparable to a 10% return on investment, delivered in buffalo vouchers, in addition to a host of other benefits.

Speaking of his ambitions, Steve said:

"We run three butchers shops, an event catering business, our own bistro and we also supply into a growing number of hotels and restaurants and feedback has always been fantastic. However, I have always felt that something is missing and so now the time is right to launch this crowdfunding Founders Club so that we can give our customers access to their first soft, smooth and deliciously Scottish mozzarella.

"My plans will create up to six new jobs and produce a quality and delicious product. There is a current UK market of £79 million and a 12 per cent year on year growth within the mozzarella market and so I strongly believe that Scotland needs a quality home produced alternative to imported mozzarella.

"The funny thing is that if I had a pound for every time that someone has asked me if I would make mozzarella I wouldn’t need to be crowdfunding at all!

"But I do need your help. We have a fantastic customer base and I would love those loyal fans, as well as new ones, to get behind the creation of another emerging Scottish premium product, head over to our website and participate today. We’ll make it worth your while!"

Find out more at www.thebuffalofarm.co.uk.