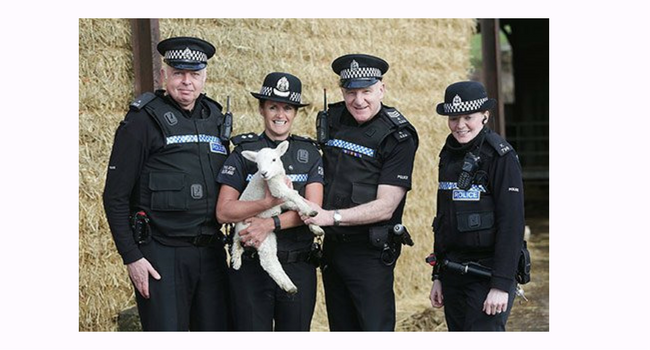 Police Scotland have launched a campaign to raise awareness about the devastating effects of livestock worrying.

The month-long campaign, aimed at dog owners, coincides with a rise in livestock attacks during November. This month, sheep are brought down to low lying pasture - in areas where more people exercise their dogs or where local dogs are allowed to roam free.

The Scottish Partnership Against Rural Crime, a multi-agency partnership which includes Police Scotland, National Farmers Union of Scotland and Scottish Land & Estates, is working with Scottish Natural Heritage to promote responsible dog walking in the countryside.

"Rural dog owners and those who choose to exercise their dogs in the countryside must ensure they are under control at all times and avoid going into fields where livestock is grazing. The Scottish Outdoor Access Code says that dogs shouldn’t be taken into fields where there are lambs or other young farm animals.

"The worrying of sheep and other livestock by domestic dogs not only has an obvious financial and emotional impact on farmers when their animals are killed or injured, but also has an effect on the animals themselves, their productivity and welfare.

"During a campaign in this year’s spring lambing season we discovered in nearly three quarters of livestock worrying cases, the offending dog was local to that area, with more than half of all incidents involving a dog roaming free and where no owner or responsible person was present.

"The partners involved in this initiative are also encouraging farmers to help educate dog owners and dog walkers and prevent incidents occurring.

"We are encouraging farmers and landowners to engage with dog walkers and to help by putting up signs up on gateways and on key roads and paths alerting them to the presence of sheep and other livestock in their fields.

"Police Scotland will robustly enforce the existing legislation, ensuring all reported cases of livestock being attacked by dogs are thoroughly investigated and offenders reported to the Procurator Fiscal."

Farmers and those who use the countryside are urged to report all incidents of livestock worrying to police on 101 or 999 in an emergency.

"We are also encouraging dog owners to find out how to keep themselves and their dogs safe by checking the advice on the Scottish Outdoor Access Code website – search for www.Jessthedog.org.uk. It’s always good to have the knowledge and foresight to see how and when problems could arise so to be alert to the work of the farming community is very useful."

You can read more on the Police Scotland Facebook page.