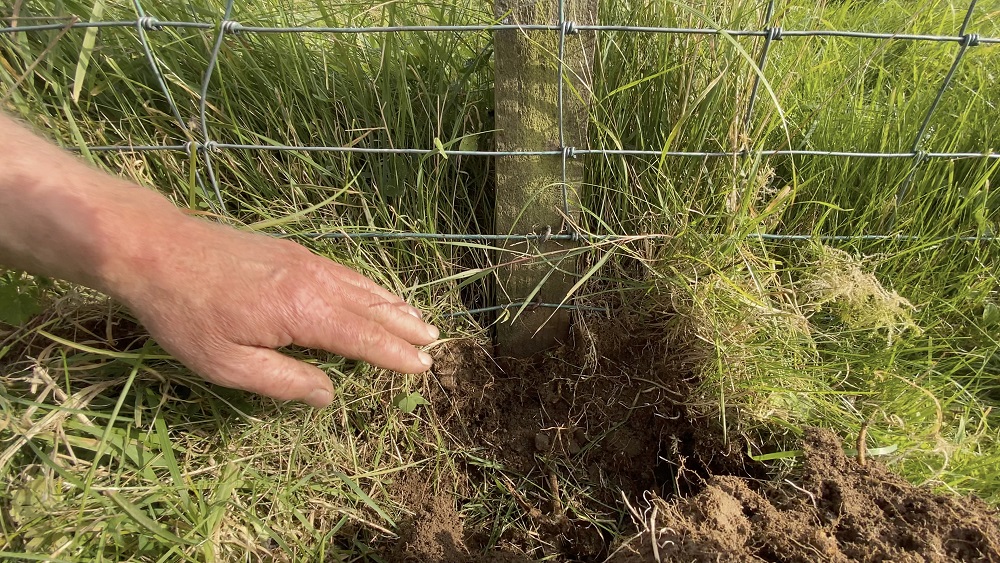 A pioneering dairy farm in south west Scotland has made 25 years of soil data freely available on their website with a request to scientists to include more practical farming experience in their research.

In a blog that accompanies the data, farmer David Finlay said his ‘open-source’ approach was an invitation to scientists to “study what is actually happening in the real world”. It seeks to address the lack of good data at practical farm level on the effects of ecological farming on soil organic matter and, therefore, carbon.

Livestock farming is frequently cited as a contributory factor in climate change, but a growing number of farmers claim that ‘how’ farms are managed is the main determining factor in climate impact, not ‘what’ is farmed.  Regenerative and agro-ecological farming is increasingly being proposed as a climate solution by a range of industry organisations, with January rebranded as Reganuary by some, a counter move to Veganuary.

David Finlay of Rainton Farm, which sells cheese as The Ethical Dairy, is Europe’s largest cow-with-calf dairy farm. The farm transitioned to organic twenty years ago and has subsequently introduced a range of agro-ecological approaches.  With a professional background in agricultural consultancy, and formal training in soil sampling, David initiated regular, comprehensive sampling to measure the health of soil on his farm to help inform land management.

Independent researchers were recently able to retrieve historic data stretching back 25 years to the period before David’s farm transitioned to organic. The data, which had been archived at the James Hutton Institute, is believed to be a rare record of soil carbon changes during the transition from conventional farming to organic and then to agro-ecological farming practices. It is claimed the data evidences that Rainton Farm is now carbon negative, with the organically managed grassland sequestering (storing) large volumes of carbon into the soil each year.

“Grassland soils in the west of Scotland usually vary between 6% and 12% organic matter. Twenty-five years ago our soils averaged around 11% organic matter but, by 2019, this had increased to almost 14% organic matter. Once we had done the maths, consulted with experts and allowed for possible unknowns, we cautiously estimated that our soils are locking up over five tonnes of carbon per hectare every year.

“At the same time, we’ve been analysing how much carbon our farm emits into the atmosphere, which works out at around 3½ tonnes per hectare every year.  We are now confident the soil data shows that our farm is carbon negative. This is important because it proves that regenerative farming can play a critically important role in achieving our climate targets, while at the same time delivering nutritious food and creating valuable rural jobs.”

The soil data findings were initially revealed during a talk on organic food production at the Oxford Real Farming Conference earlier this month, and subsequent discussions with researchers suggested that the data was considered significant to current research inquiries. The complete record includes more than 3,000 individual data points and it is being made freely accessible as a downloadable spreadsheet for researchers to access on The Ethical Dairy’s website.

“There is real urgency in addressing climate change and it’s so important that the policy decisions regarding land use are based on real, practical experience. We are only one of many farmers across the UK who are farming using agro-ecological principles. If this data proves that these practices result in, not even just net-zero food production, but carbon negative production, then it’s important that the data is made available to anyone who can make use of it.

“We want to be part of the solution in exploring how our food systems can deliver an ecologically sound planet. We hope our soil data is helpful in making that happen.”

More information about The Ethical Dairy’s farming approach and a link to download the data can be found at www.theethicaldairy.co.uk .