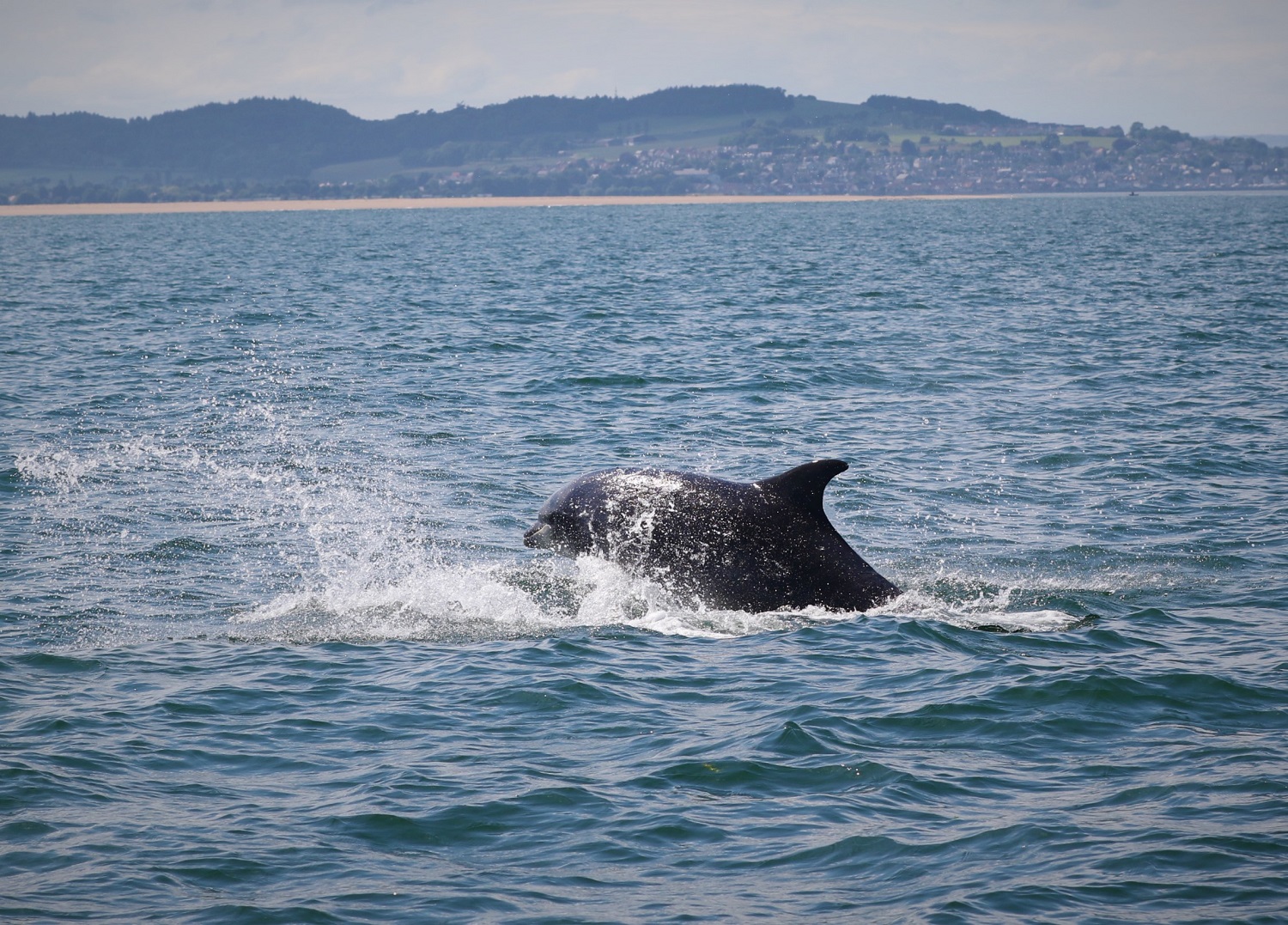 Bottlenose dolphins have been seen in the Tay Estuary area and off the Fife coast by a surveying team from the University of St Andrews as the team restarts their research programme after an enforced break due to the coronavirus pandemic.

Surveys of the dolphins have been carried out between May and September each year since 1989 by the Sea Mammal Research Unit (which has been based at the University of St Andrews since 1996) and the University of Aberdeen.

Two groups were photographed in the Tay Estuary near Tayport and another group between Crail and Anstruther as part of a long-term study of the bottlenose population off the eastern Scottish coast.

Researchers are able to identify individual dolphins by the nicks or notches on the trailing edge of their dorsal fin, allowing them to estimate survival, birth rates, trends in population and to document the movements of individual animals.

Research previously has identified an expansion of the dolphins’ range from the core area in the Moray Firth in the 1990s where there is a designated Marine Protected Area, south to the Tay Estuary and around Fife.

Recent years have seen an increase in sightings in the Firth of Forth and even as far south as the North East English coast this year. New research to investigate this apparent latest range expansion is being initiated this year.