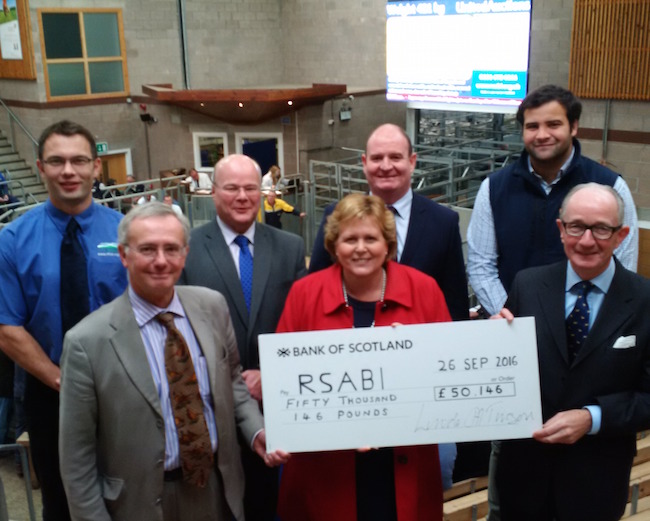 The RSABI Great Glen Challenge has raised over £50,000 for the rural charity.

Watson Seeds from East Lothian were crowned winners with two teams from CKD Galbraith following closely behind in second and third position.

The funds raised will help RSABI provide financial assistance and support to people struggling to cope from agricultural and other land-based industrial backgrounds throughout Scotland. RSABI currently helps over 900 people across Scotland at an annual cost of around £600,000.

"We are once again delighted with the total amount raised, and my colleagues and I thank all those who took part in Great Glen Challenge 2016, our headline sponsors, Ledingham Chalmers, solicitors, our partner organisations, volunteer stewards and the hundreds of people who have donated so generously up and down the country to our current Fundraising Campaign – Help us help them, aiming to raise £150,000 by next Spring.

"As everyone knows, we are helping an ever increasing number of people throughout Scotland’s rural sector who continue to face widespread challenges. If you, or someone you know is not coping, RSABI urges you to call 0300 111 4166, alternatively please do call the number to donate to the Campaign and become a supporter."

Johnny Watson pledged his support for RSABI’s event by entering for a second year in a row and was rewarded with a winning team trophy. He said:

"We at Watson Seeds were very surprised and delighted to win this year. A huge effort was made by all involved and the success of the event as a fundraiser for RSABI goes from strength-to-strength. We encourage everyone to consider putting a team forward for the next Challenge event in support of such a worthy cause."

Visit the RSABI website for more information on the charity and their work.