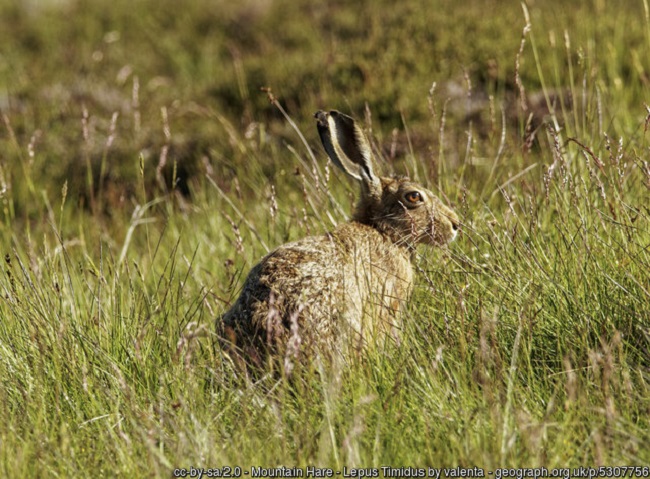 Mountain hares in Scotland are to be given greater protection under regulations introduced to the Scottish Parliament last week.

From 1 March 2021, it will be illegal to intentionally kill, injure or take mountain hares at any time unless a licence is obtained.

Previously a licence would be required during the closed season, this will now be the case throughout the whole year.

The new licensing arrangement will be overseen by NatureScot, with licences issued only under certain circumstances, such as concerns for public health or protection of crops and timber.

The changes are part of the Animals and Wildlife (Penalties, Protections and Powers) (Scotland) Act 2020 which will also see new licensing requirements for those breeding puppies, kittens or infant rabbits, as well as introducing ‘Lucy’s Law to end the third party selling of dogs and cats in Scotland under the age of six months.

“Protecting Scotland’s wild animals in their natural environment is a key priority for this Scottish Government. Mountain hares are an iconic Scottish species and it is right that we protect them.

“Through the Animals and Wildlife Act 2020, we are taking action to safeguard the welfare of animals in Scotland and preserve our precious natural heritage for future generations to come.”

“Mountain hares – our only native hare – are an important and valued species in the Scottish hills. This increased protection will help ensure healthy populations of mountain hares can be found and enjoyed in the mountains, while giving some recourse when there is a need to prevent damage being caused to saplings or sensitive habitats. We are also working with several partner organisations to continue to improve our understanding of mountain hare populations across Scotland, along with other work to support their conservation status.”

Mountain hares are native to Scotland and are found in upland and mountainous regions.

They are a quarry species that have long been shot for sport and are also legitimately controlled for other reasons, including to protect plants and crops.

Those found guilty of breaking the new laws could face a maximum penalty of five years imprisonment, an unlimited fine, or both.