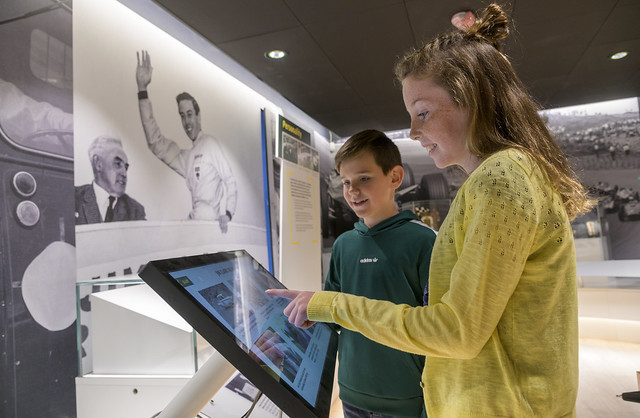 Visitors can discover the story of Scotland's first Formula One World Champion at a new museum in the Scottish Borders.

The opening of the new visitor attraction sees the completion of a £1.6 million partnership project delivered by Scottish Borders Council in partnership with charity Live Borders, The Jim Clark Trust and the Jim Clark Memorial Room Trust.

Funding for the project has come from the Council, the National Lottery Heritage Fund, Museums Galleries Scotland and The Jim Clark Trust, the latter including a grant from the Fallago Environment Fund and individual donations from around the world.

"This is an outstanding new visitor attraction of exceptional quality and one which will bring people from all over the world to Duns, and hopefully then on to the wider Scottish Borders, spreading the positive economic impact across the area.

"The opportunity to see some of Jim’s race cars close up, explore the fascinating story of this incredible man and experience laps of the world’s most famous racing circuits in the simulator is unique."

"To be able to tell the Jim Clark story in these fabulous new surroundings, with interactive displays, two of Jim’s actual race cars and a simulator is an honour for Live Borders.

"Positive cultural exhibitions and celebrating our local heritage is very much in line with our commitment to communities across the Borders being healthier, happier and stronger.

"This has truly been a partnership project and I would like to take this opportunity to thank everyone who has contributed to bring this must-visit attraction to fruition. We are looking forward to opening the doors to the public and providing a first class customer service."

Adult admission to the museum costs just £5, with visitors able to return as often as they like for free for the following 12 months. There is a small additional cost for the simulator.

Clark tragically died at Hockenheim in Germany at the age of just 32. He was much admired for his modesty and humility alongside his remarkable natural ability in all forms of motor racing. He is still considered one of the greatest ever racing drivers and remains to this day one of Scotland’s most admired sporting heroes.

Doug Niven, a trustee of The Jim Clark Trust and Jim’s cousin, said:

"The new museum brings together the story of Jim’s life both in and out of racing cars.

"Jim was a very humble person and would be astonished to see this museum honouring him. But, I think he would be extremely proud that it sits here in Berwickshire – his home town from a young age and at the heart of the community that embraced him and still feels such a connection to him to this day."

You can watch a short video all about the museum below.