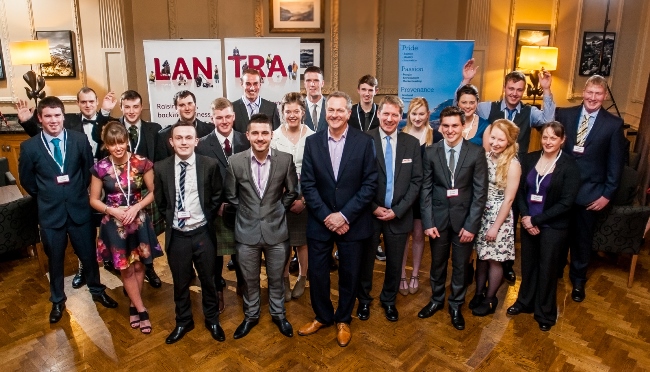 Lantra Scotland's Land-based and Aquaculture Learner of the Year Awards are now open for entries.

Tutors, trainers, teachers and employers are being encouraged to put forward their nominations for next year’s awards, which celebrate the achievements of learners across the country.

"Scotland’s land-based, aquaculture and environmental conservation industries offer an incredibly diverse and rewarding range of career opportunities. Helping to promote those opportunities, and ultimately raising the quality of new entrants through effective learning and skills development, are key activities for Lantra.

As well as the agriculture category, Lantra is welcoming submissions on behalf of Modern Apprentices, college students and vocational learners working in the aquaculture, equine, fisheries management, environmental conservation, game and wildlife, horticulture, trees and timber and land-based engineering sectors.

Lantra is also seeking nominations for Schools Learner of the Year, the Rural and Urban Secondary Schools Award and the Higher Education Award, which celebrate the achievements of secondary schools and their pupils as well as higher education students, ensuring learners of all ages are recognised and encouraged.

"Becoming Lantra’s top learner was a real honour and culminates what has been a challenging but very rewarding year for me working as a game keeping apprentice at Invermark Estate. In the future, I’d like to broaden my knowledge and one day become a head gamekeeper. I believe that winning these awards will give me the recognition I need to go on and succeed in my chosen profession."

The closing date for the nominations is Friday 20 November 2015.

Finalists will be shortlisted in early in 2016, with the winners announced at the thirteenth Land-based and Aquaculture Learner of the Year Awards on 3 March 2016.