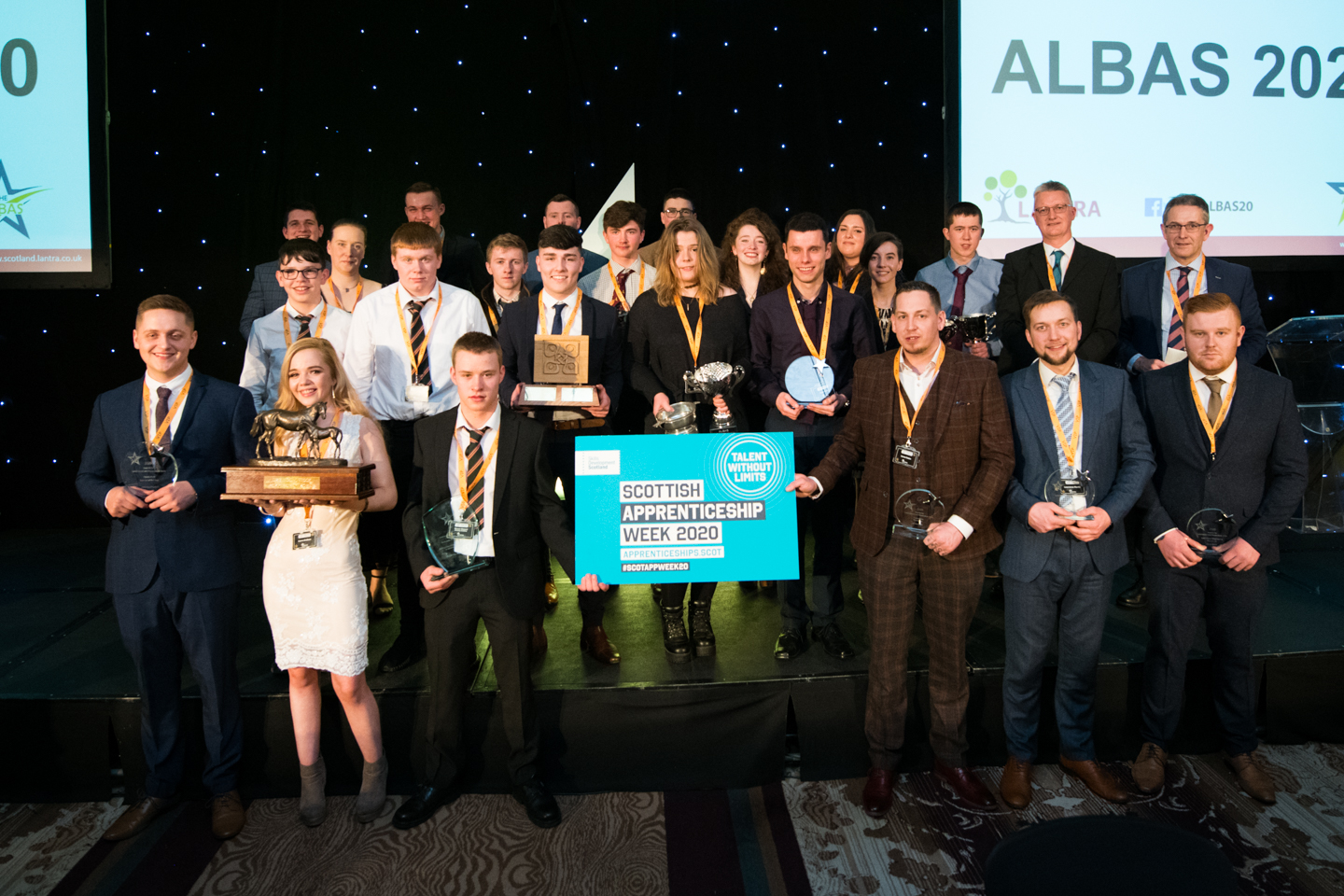 A select group of Scotland’s top trainees and rural learners have been named as finalists for Lantra Scotland’s 19th Awards for Land-based and Aquaculture Skills (the ALBAS). The winners will be announced at a special virtual ceremony taking place on Thursday 4th March 2021.

Lantra Scotland is the sector skills council for land-based, aquaculture and environmental conservation industries. The ALBAS celebrate the achievements of Scotland’s talented rural learners, and help to highlight the importance of investing in skills for employers.

As well as prizes for Overall Winner, Runner-up and Modern Apprentice of the Year, there will also be an Anna Murray Award for Partnership Working, awards for Higher Education, School Pupil and Secondary Schools, CARAS (Council for Awards of Agricultural Societies), Jean’s Jam for inspirational tutor and the Tam Tod Trophy for outstanding young learner.

The finalists for ALBAS 2021 were chosen by an independent judging panel made up of influential figures from across the land-based and aquaculture sector, chaired by Keith Paterson of Forestry and Land Scotland.

“I’m delighted to announce the finalists for our 2021 ALBAS. As well as showcasing the achievements of new entrants and career changers in our sector, they also promote qualifications and skills development across our sector. It’s important to remember that everyone who was nominated, whether they have become finalists or not, should be very proud of this recognition. Although this year’s ceremony will be online, we’re still planning on making it a virtual night to remember for all our finalists”.

“We are also very grateful to the independent panel of judges, to training providers and to the employers for contributions, and of course to all of our generous sponsors”.

“As judges for the ALBAS, we are extremely impressed with the high quality of the nominees this year. We all find it very rewarding to interview them and learn more about their inspirational stories. Getting to this stage in the ALBAS reflects the high value we place on our finalists as representatives of their industries. It’s exciting to see such a range of talent and enthusiasm coming through across Scotland, as it will strengthen our rural sector for the future.”

The ceremony will be broadcast on social media at 7pm on Thursday 4 March, and the finalists will be sent a link in advance. To find out more, call 01738 310164 or email scotland@lantra.co.uk. Lantra’s work in Scotland is supported by the Scottish Government.