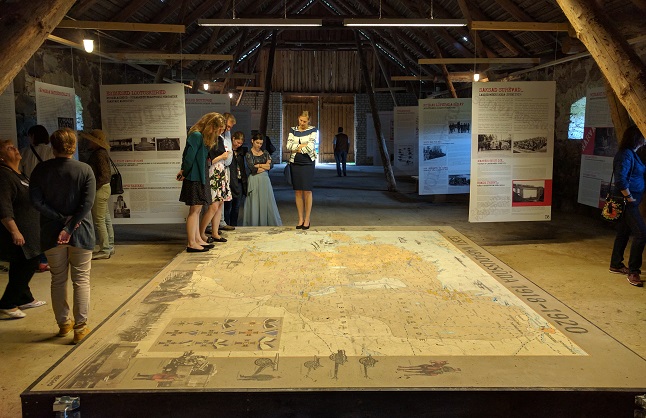 Cooperation is about working on a project with organisations or groups in different areas. When a project involves partners in more than one country it is called a transnational cooperation TNC) project.

"I previously had very little experience of TNC LEADER projects, so the Fair was hugely beneficial. Despite the large number of delegates (over 200) sessions such as the themed speed dating, where you spent an intense ten minutes speaking to someone looking for a similar partnership, were very efficient ways of finding someone with shared interests.

"I’d like to thank Ave and all the Estonian team for organising a fantastic event."

"The levels of cooperation, budgets and experience vary widely across different European Union countries, and we need to target a successful partnership to the time scales we’re working within in Scotland."

After now hearing first-hand how successful and rewarding these partnerships can be Graham thinks Angus LEADER should grab these opportunities with both hands.

"Several countries have quite lengthy processes to set up TNC projects. If Angus LEADER is going to set one up we really need to think about what is realistically achievable and look to getting partners on board as soon as possible. With the option to include non-EU third partners, there is also the opportunity to extend our relationship with the Georgian programme. I know this is definitely something they expressed an interest in when I visited them in June."

Find out more about the Fair on the Estonian Rural Network website.

Got an idea for a LEADER cooperation project?

If you have an idea for a LEADER cooperation project, you can post your project proposal in our Cooperation offers section.