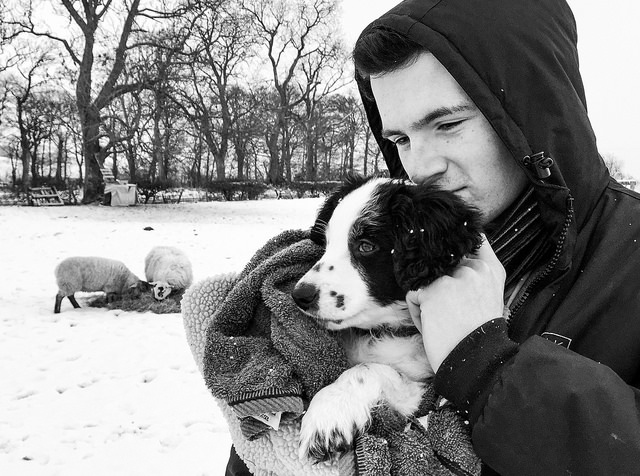 The winner of the Celebrate Rural Scotland photo competition 2016 has been revealed at the Scottish Rural Parliament event.

Lisa Cowan's photo 'Winter warmth and happiness' has been voted the winner of the photo competition following an online poll, with over 550 votes cast.

The public voted for their favourite from the competition's six theme winners, with Lisa Cowan's image being unveiled as the winner at the Scottish Rural Parliament event on Friday 7 October.

"This image was captured last winter at Blainslie near Lauder in the Scottish Borders. It was the sheep and the puppy's first experience of snow and, along with my son, loved every minute of it."

"Congratulations to Lisa Cowan on winning the Celebrate Rural Scotland 2016 photo competition. We'd like to thank everyone our fantastic finalists, everyone who voted in the competition poll and all the photographers who entered the competition."

Visit our Flickr gallery to see all the entries to the competition.