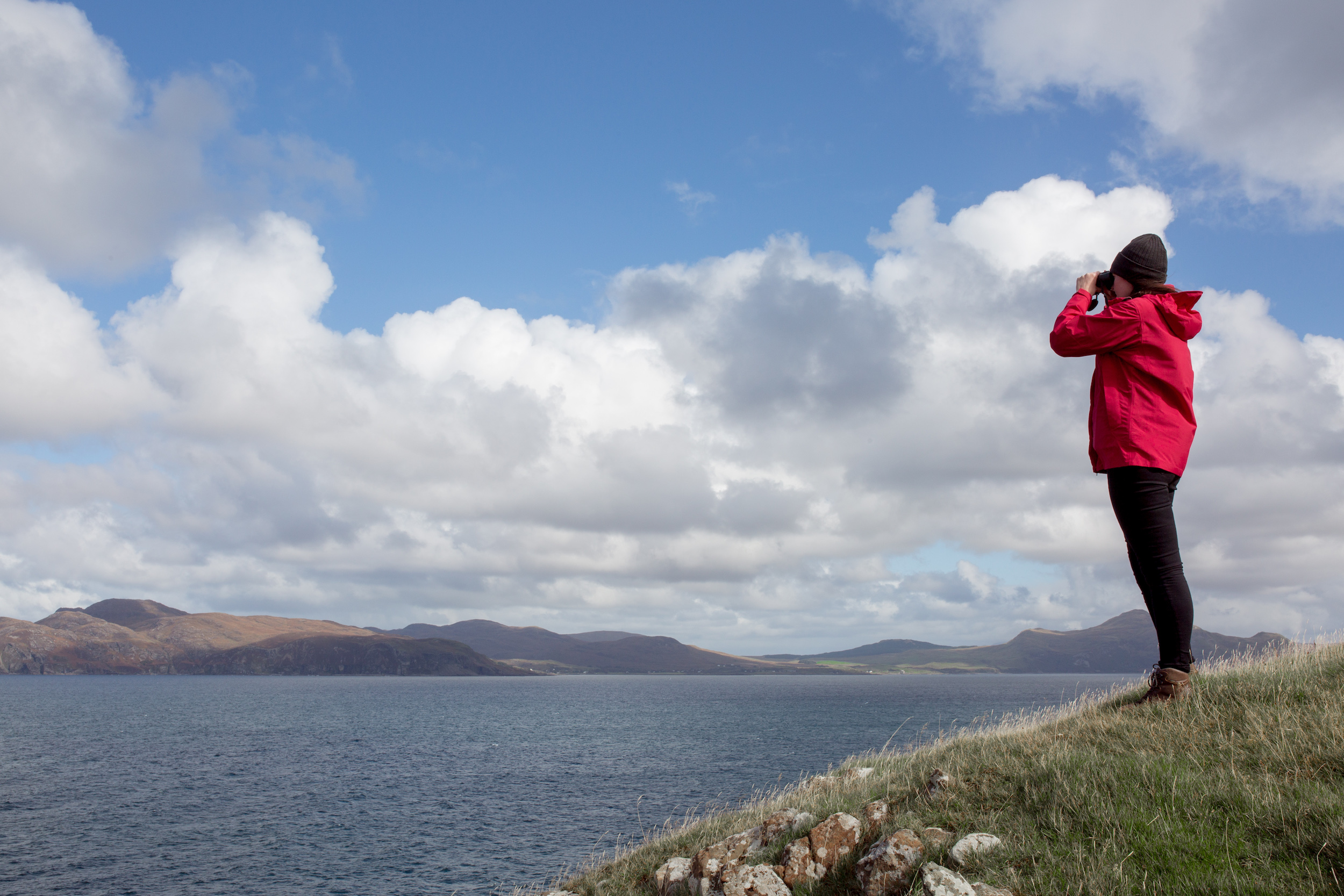 Conservation charity the Hebridean Whale and Dolphin Trust is celebrating after its newly launched Hebridean Whale Trail was a finalist in a major award announced at a glittering event in London on 4 December.

The spectacular trail was a finalist in the New National Treasure (UK) category – alongside London’s Alexandra Palace Theatre and eventual winners the National Maritime Museum – of the National Geographic Traveller Reader Awards 2019.

The Hebridean Whale Trail is the first of its kind in the UK. It connects 33 top places across the Hebridean archipelago and Scotland’s west coast that offer opportunities for land-based sightings of whales, dolphins and porpoises, or showcase the region’s whale heritage.

“We’re thrilled to have been a finalist for this prestigious award, and hope this success will further promote the Hebridean Whale Trail, which has really caught people’s imagination since its launch in June,” said Alison Lomax, Director of the Hebridean Whale and Dolphin Trust.

“By promoting low-impact marine wildlife watching from land, the trail is championing the importance of protecting the Hebrides’ wonderful and globally important marine wildlife. Collaboration was key in forging the trail, and its success is testament to the people and communities who have come together to create this exciting initiative.”

Scotland’s west coast is dotted with stunning places to quietly watch out for whales, dolphins, porpoises – together known as cetaceans – and other wildlife, including basking sharks.

The trail links sites ranging from easily accessible attractions to remote and wild destinations, and features opportunities for visitors and residents to get involved in marine conservation. Its website www.whaletrail.org includes routes, transport options and site details.

While sightings can never be guaranteed, the Hebridean seas are exceptionally rich in wildlife. More than a quarter of the world’s whale and dolphin species have been recorded in the region, including many conservation priority species.

The award comes as VisitScotland prepares for the Year of Coasts and Waters 2020 – a year-long programme of events and activities spotlighting Scotland’s coasts and waters.

David Adams McGilp, VisitScotland Regional Director, said: “Being a finalist for this accolade, just under six months since the experience was launched, is testament to this clever initiative by the Hebridean Whale and Dolphin Trust and the energy and enthusiasm that has gone into making it a success.

“People who have followed the trail and visited the region obviously love what they have experienced. Stunning scenery, rich natural beauty and marine wildlife, a vibrant culture and a warm welcome are just some of the reasons that visitors from all across the world are drawn to the Hebrides.”

The Hebridean Whale and Dolphin Trust is based on the Isle of Mull and has been taking action for the conservation of cetaceans off western Scotland for over two decades.