RISS: Two years of getting the right people together

RISS: Two years of getting the right people together 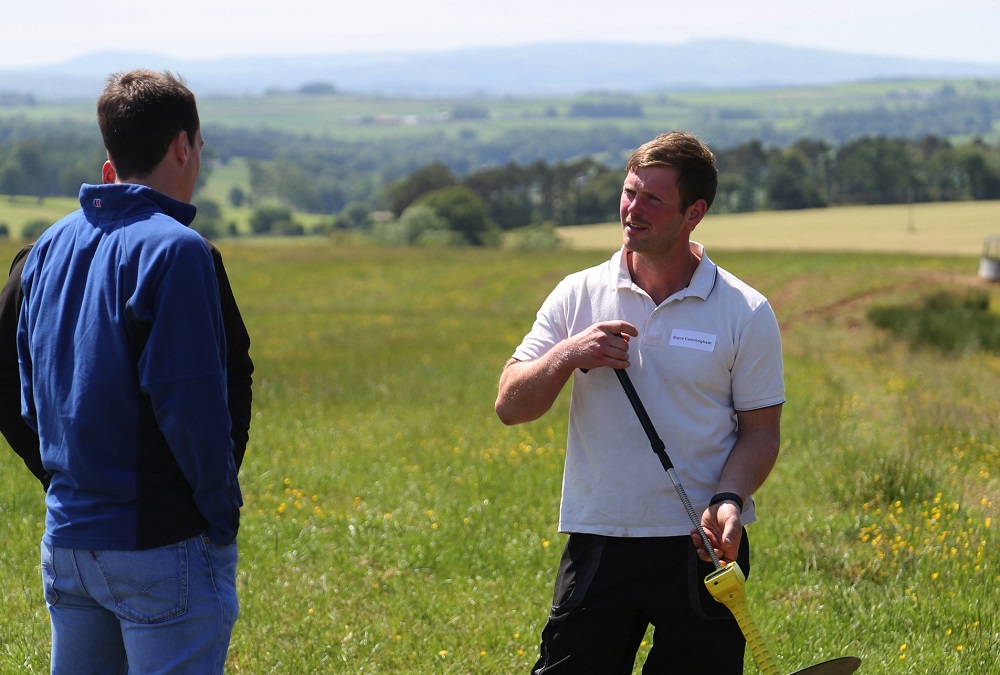 Scotland’s Rural Innovation Support Service is now two years old, and is already establishing itself as a useful way to enable rural businesses to adapt to change.

Its farmer-led and open-ended approach makes it different to traditional advisory services. Providing a facilitator whose job it is to get the right people together to explore a rural business idea, and keep that group going, creates time and space for the idea to evolve into a concrete project plan.

Responding to the climate emergency and biodiversity loss

As climate change and biodiversity loss move up the public agenda, several groups are directly tackling those issues. The Clyde Valley Waders are trying to map what brings threatened wading birds back to certain farms; Aspen Agroforestry is exploring the potential of native aspen trees in farm systems and Net Zero Arran is a group of farmers aiming for net zero farming emissions on the island, for example.

Several groups are looking at crop innovations that could increase Scotland’s resilience in a time of global upheaval. The Scottish Apples group want to bring commercial apple growing back to Scotland, and the Sugar Beet group are looking at growing sugar beet on a large scale, as once happened here, for food, feed and, mainly, fuel.

Up on the islands of Lewis and Harris, the Polyproduce group is linking growers, who are producing everything from lemons to wine using new polytunnel technologies, with local markets.

The Estate Game group has found a way to create a new market for what was a sporting industry by-product: game birds.

A group of north-eastern farmers received Scottish Government Knowledge Transfer and Innovation (KTIF) funding for their ongoing work with a data company to build a distributed ledger platform that will assure the traceability of gluten-free oats for consumers.

Scotland now has a Land Matching Service, after RISS brought together the National Farmers Union Scotland (NFUS), Scottish Land and Estates (SLE), the Land Commission and the Farming Opportunities for New Entrants (FONE) group, amongst others, to figure out how to link up new entrants to farming with those who have access to land. That group’s proposal was funded by Scottish Government and former Head of Agricultural Policy, Ian Davidson, appointed to run the new service alongside the NFUS.

Freedom to trial and test

Some groups are looking to prove whether or not their idea can work. Woodchip is half the price of straw, uses farm woodland and could be excellent as animal bedding. But what effect does spreading the resulting muck have on soil? A group of four west coast farmers are finding out, with KTIF funding, and input from soil scientist Audrey Litterick.

Similarly, the ‘cow with calf’ group in south west Scotland is testing the viability of keeping dairy calves with their mothers for up to six months.

Organic farmers in the north east are taking the risk of trying to grow organic oilseed rape on a commercial scale, having been inspired by a field trip to Sweden. They are working with a feed processor, an agronomist and a researcher to shorten a protein feed supply chain that, at the moment, reaches as far as China.

Freedom to adapt, and even to fail

It’s important in the RISS approach that groups are free to try out ideas that might not work. Following the ban on burning farm plastics, the Farm Plastic group explored many alternatives but, due to China no longer buying recycled plastic and the lack of a viable alternative material, the group wound up without a plan of action. They have flagged up a problem that needs more work from others to solve.

RISS believes that innovation doesn’t necessarily mean money or technology. It means people getting together in new ways, to try new things they haven’t before. They look forward to another year of bringing people together to find local solutions to the global challenges we all face.

Part of the Scottish Rural Network, RISS is led by Soil Association Scotland in partnership with SAC Consulting, SAOS, Scotland Food and Drink and Innovative Farmers.

To keep up with RISS, subscribe to their new monthly e-newsletter

Read more about what RISS groups are doing