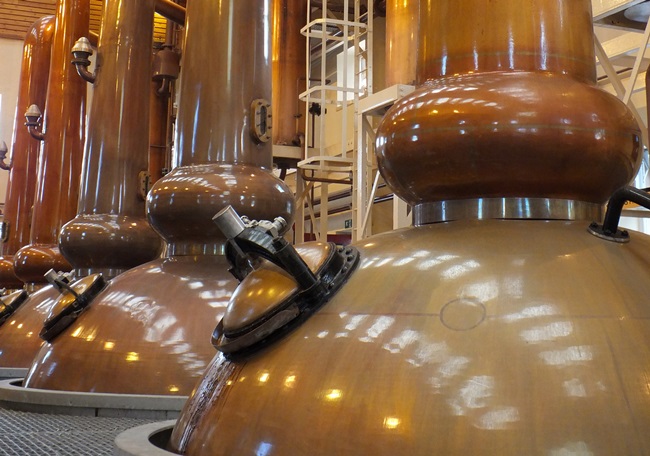 The distilleries of Ross-shire and their northerly neighbours - Glen Ord, Dalmore, Glenmorangie, Balblair, Clynelish and Old Pulteny - have joined with Dornoch’s Business Group to establish the first Dornoch Whisky Festival taking place from 27 to 29 November.

This unique collaboration highlights the richness of whisky production in the north with Dornoch at the centre of this new Whisky Trail.

The festival features distillery tours at Glen Ord, Dalmore, Balblair, Glenmorangie and Clynelish and will include some very special whiskies including the 2013 bottling of the closed Brora distillery and the hand bottling 2002 from Balblair. In Dornoch there will be tastings, masterclasses and dinners in the hotels and pubs.

The festival will be launched in spectacular style in Dornoch Square on Friday 27 November with a pipe band parade and a fire and dance performance by Pyroceltica, sure to warm up a November evening. On the Saturday evening there will be a concert of traditional music in the spectacular setting of Dornoch Cathedral.

"The tourism sector is immensely challenging so we are working hard to show all we have to offer in Dornoch as well as in the surrounding areas. We have a tremendous richness of whisky production in this area and we are working with our neighbouring distilleries to celebrate it. Our Whisky Festival will be a real highlight of the year and we’re sure will become a popular annual event."

For more information go to the Visit Dornoch website.