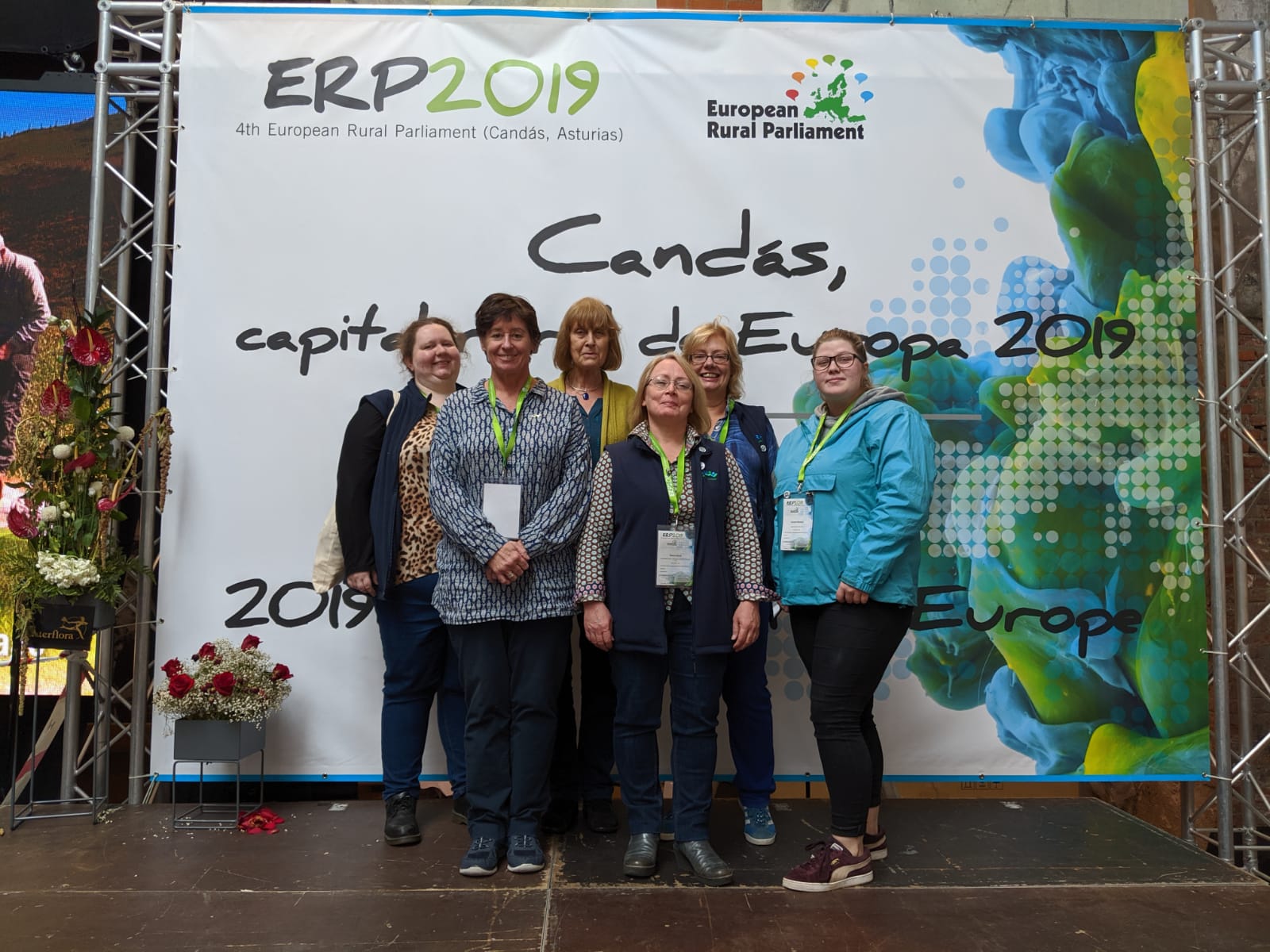 The European Rural Parliament (ERP) was attended by 355 people from 38 European countries, including rural dwellers and activists, representatives of civil society organisations, researchers, national governments and European Union institutions. The Scottish delegation was made up of Scottish Rural Action members from the north, south and west of Scotland and a member of the Scottish Government Rural Team.

The European Rural Parliament (ERP) is a long-term campaign to express the voice of rural people in Europe and to promote self-help and action by the rural people, in partnership with civil society and governments.

Scottish Rural Action are long-term partners in the ERP, along with 41 similar national organisations in 38 countries.

The model of the European Rural Parliament mirrors the Scottish Rural Parliament, based on bringing together grassroots rural people to raise their voice to policy makers, and undertake actions to address rural issues.

"This was a valuable opportunity to engage with organisations from across Europe, to share our experiences of supporting rural Scotland, and to learn from theirs

"The Scottish delegation was particularly interested in experiences of community empowerment, innovation and initiative. One of our priorities in Scotland is implementing practical, grass-roots led solutions to the challenges of rurality. There is a wealth of experience of this across Europe and it was a privilege to hear from some pioneers in this field.

"Attending the event also helped us appreciate and value just how far we have come in Scotland in empowering and enabling our own rural communities, so we were also delighted to share some of our Scottish solutions and experiences."

The ERP was preceded by the 2019 European Rural Youth Parliament which called for urgent action relating to the challenges faced by young Europeans.

"It was a great experience to represent Scotland as youth delegate, also to learn about the European Rural Youth Parliament, which had taken place immediately before and produced their own Manifesto."

The Parliament passed the “Rural People´s Declaration of Candás Asturias” which advocates working together in partnership for a “real” Rural Agenda for 2021-2027. This would recognise the critical importance of rural areas whilst opening the way for flexible, decentralised, territorial and place-based solutions from governments, with all stakeholders cooperating for the common good.

"This is very relevant in the Scottish context, where rural policy needs to prioritise and address the full spectrum of rural issues – such as depopulation, disadvantage, young people, communications, employment - in a connected way. Such issues are common across Europe and we can all learn from each other’s ideas and experiences."

Visit the Scottish Rural Action website to read a blog from one of the attendees.

Visit the European Rural Parliament website to find out more about the event.