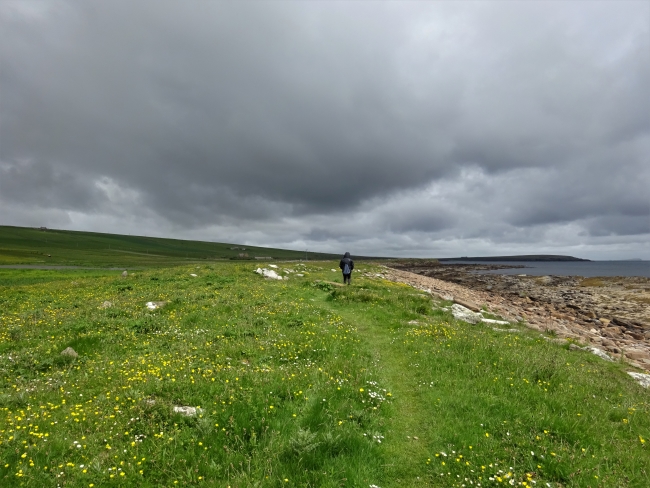 The Scottish Wildlife Trust have just released an excellent and engaging film about the relationship between islanders and the sea focusing on Orkney. 'Our film – Oceans of Value', captures interviews with 26 local people in Orkney to unearth their values and relationship with the sea, how they have seen the marine environment change and how they would like to see it managed in the future.

It was premiered at the Pickaquoy Centre in Kirkwall on Wednesday 11 January 2023 and shares the magical and insightful story of Orkney’s marine environment. It forms part of the Trust’s Living Seas work around marine planning and community engagement to demonstrate how communities can be involved in shaping marine policy.

Gordon Buchanan, MBE, wildlife filmmaker, presenter and Scottish Wildlife Trust ambassador, said: “The ocean has sounds and the ocean has stories but in this emotive film the ocean’s resonating voice comes from the people whose world view is shaped by their love and passion for the world above and below the waves.”

Rebecca Crawford, Stakeholder Engagement Officer, Scottish Wildlife Trust, said: “Our Oceans of Value film takes an innovative approach to capturing the values and opinions the local community place on their surrounding seas and offers up wonderful insights into traditions and hopes for future generations.

“While quantitative data helps the Trust tremendously, the voices of the local community are just as valuable, if not more, in helping to inform our work on Scotland’s seas.”

Rebecca Marr, a local photographer, was interviewed in the film and works with Stromness Museum. She said: “I’ve been working in the Stromness Museum photographing their artefacts for a number of years now and it would be really hard to think of any of the artefacts in there that do not have a relationship with the sea. And when I’m working there handling the artefacts, I get a sense of how deeply rooted the sea is in our culture here.”

Using the Community Voice Method which saw a range of people interviewed, the film has been made to inform the Scottish Wildlife Trust’s Oceans of Value project which aims to take an innovative approach to the challenge of capturing the values placed on the marine environment.

Focused on the waters surrounding the Orkney Islands, and up to 12 miles from the island’s coastline, the film accounts for only part of the project. 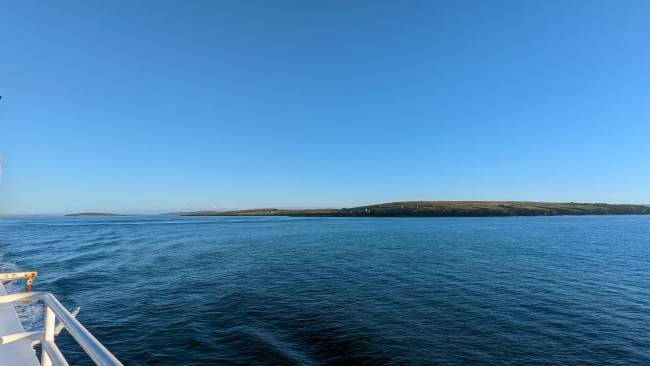 Already, a Marine Natural Capital Assessment has been carried out to map out the natural capital assets, which include all seabed habitats and all living things, in Orkney’s marine environment to identify the ecosystem services they provide and those of most importance to the community. A report combining the outcomes of the assessment, the film and further stakeholder consultation is expected in Spring 2023.

Rebecca Crawford continued: “The benefits of Scotland’s marine environment is so wide ranging. While many connect the sea with benefits such as food, employment, recreation and well-being, marine habitats store the greatest amounts of ‘blue’ carbon, more than potential carbon storage on land.

“Our project in Orkney looking into the facts, figures and emotive connections to the sea will help us better understand how the Trust can support the Orkney marine environment and its communities, as well as the wider Scottish marine environment, now and for years to come.”

You can see the film here