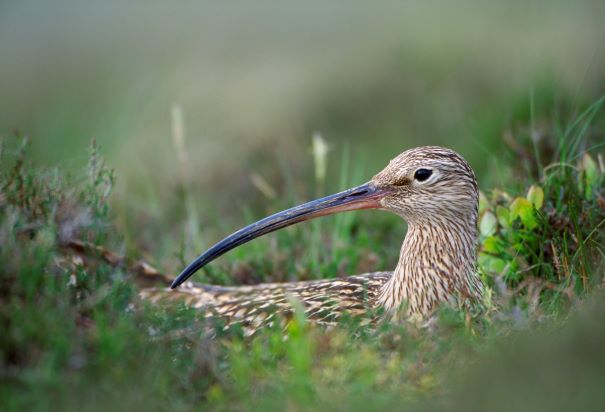 The Langholm Initiative charity aims to buy 5,300 acres of Langholm Moor and three residential properties from Buccleuch, and so expand the Tarras Valley Nature Reserve to 10,500 acres.

Success would boost plans for community regeneration, including nature-based tourism opportunities, and for tackling the nature and climate emergencies.

“We’re aiming to repeat the impossible and open a new chapter in this inspiring story of hope and community by doubling the size of Tarras Valley Nature Reserve – and so doubling the benefits for people, nature and climate,” said Jenny Barlow, the reserve’s Estate Manager.

The nature reserve was created earlier this year after the community’s historic purchase of a similar-sized swathe of the wildlife-rich and culturally important land from Buccleuch, in a fundraising drive described as an “impossible dream”.

There is now a race against time to secure the additional 5,300 acres. Buccleuch’s offer of keeping the land off the open market is time limited, and the community needs to raise the funds by next May.

A public crowdfunder launched today on Go Fund Me at bit.ly/LangholmMoorAppeal aims to raise at least £150,000 of the £2.2m needed to bring the land into community ownership.

The crowdfunder is being accompanied by applications to major grant-funding bodies. The ambitious plan has already been given a huge kick-start by a generous £500,000 pledge from a private donor.

“We need all the help we can get to achieve a big win for wildlife, climate action and community regeneration – and a legacy for future generations. Scotland is one of the world’s most nature-depleted countries and it desperately needs projects like this,” said Jenny Barlow.

“But the pressure is on. This is the last opportunity to bring this land into community ownership. If the land goes onto the open market, its price will probably surge beyond our reach – with the risk it will be bought by corporate investment firms, which are currently banking large amounts of land in the area.”

The first phase of the community buyout in 2021 ended in success following one of the most ambitious community fundraising campaigns ever seen, although at times it seemed seriously at risk.

Thanks to the support of thousands of people worldwide, the Langholm Initiative and Buccleuch reached a landmark agreement of £3.8 million for 5,200 acres of land and six residential properties last October, with the funding target only reached in the final 48 hours.

In March this year, the community took ownership of the land for the first time in its history. Work began immediately on creating the Tarras Valley Nature Reserve.

Benny Higgins, Buccleuch’s Executive Chairman, said: "We were delighted that The Langholm Initiative was able to purchase the initial area from Buccleuch last year, having shown such tenacity and vision. Having reached agreement on timeline and value, we wish them every success with this next exciting phase, both for the initiative and the community."

Globally important peatlands and ancient woods are being restored, native woodlands established, and a haven created for wildlife. The moor is home to wildlife such as black grouse, short-eared owls and merlin, and is a stronghold for hen harriers – the most persecuted bird of prey in the UK.

Langholm was once a thriving textile centre, but this industry has declined in recent years. Local people have a deep connection to the land concerned, which had never been sold before the first phase of the community buyout.

A video about new appeal can be viewed on YouTube at bit.ly/LangholmVideo.