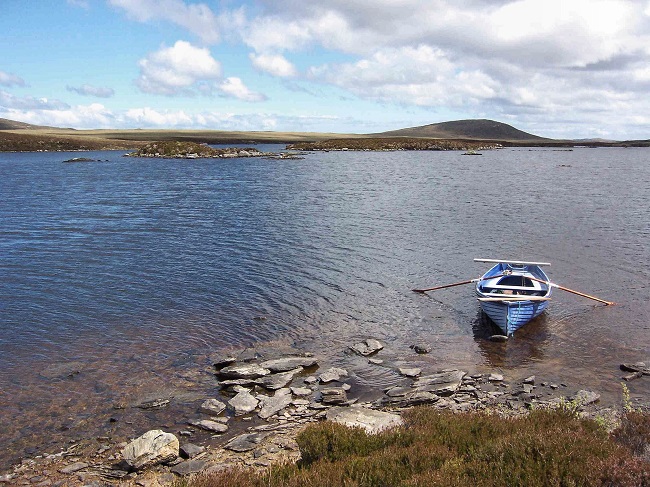 Depopulation is a real threat to many of Scotland’s island communities, but a recent study in Uist shows that this chain of islands may be shirking the trend of young people leaving for a more urban lifestyle. It is a striking fact that the registered births in Uist in the Outer Hebrides for 2015, 2016 and 2017 show a 67 per cent increase compared to a decade ago. There were 13 registered births in December 2017 alone, compared to just 19 registered births throughout the whole of 2007.

469 young people were surveyed on Uist by Caraidean Uibhist, a community outreach charity, and the seven inhabited islands stretching from Eriskay to Berneray are showing a trend with young economically active islanders returning or staying, and young people new to Uist settling on the islands.

In fact, of the young people surveyed, most in their 20s and 30s, almost half of them are returners or newcomers. Just as significant, many of these young people have children - so not only has the number of registered births on Uist gone up by two-thirds in the past decade.  Young people returning or settling on the islands are bringing additional children registered on the mainland.

At least 1 in 10 of the young people in the survey have set up a range of independent businesses including cafes and pubs, an architectural firm, gift shops, IT based businesses and more.

With additional young people and families returning or settling, Uist communities are noticing a new dynamism and optimism, and it is possible that population decline on Uist is finally bottoming out.

The most cited reasons given by young people returning to Uist were for the local environment, the peace and quiet, and the strong sense of community which is inherent to most islands.

Returning young people are settling in greater numbers on North Uist (including Berneray and Grimsay) and on South Uist and Eriskay.  This presents a real challenge to public sector policy for Uist which has long taken an approach of 'managing decline', leading to the centralisation of services on Benbecula, the island in the middle of Uist.  The most recent example is the plan to close the three dental clinics on Uist and centralise all dental services in Balivanich.

This survey reveals that young people are in fact settling away from the centre.  And the closure of the first dental clinic on South Uist has already led to a drop in numbers of children attending dental services targeted at children.

The overall challenge for Uist is now to enable even more young people to stay, return or settle on the islands, and the survey reveals the vital importance of the community sector for island economies.  Charities, social enterprises and community groups generate 1 out of 10 of all the available jobs for young people.

This community-based survey would not have been possible without the determination and commitment of Theona Morrison from Grimsay, who first saw the need to look at the profile of young people on Uist.  Thomas Fisher, formerly of Cothrom, contributed a lot to the data analysis, while Gemma Steele, the Project Manager of Caraidean Uibhist, the befriending organisation on Uist, is herself a young returner to Uist, and contributed significantly to the survey through her extensive local knowledge and social media networks.