Norman MacAskill was part of the Scottish delegation to the recent European Rural Parliament in Scharding, Upper Austria. As a former Director of Scottish Rural Action, he was closely involved in the development of the first Scottish Rural Parliament and worked until recently in the field of rural policy. He now works for the charity Lead Scotland, which seeks to widen access to learning for disabled young people and adults and carers across Scotland. Ahead of the delegation's full report, he shares some thoughts that were provoked by the event and the European Rural Manifesto it delivered.

1. Rural Parliaments are an idea whose time has come

Participative democracy is easy to say – well, quite easy – but can be hard to define, to explain and to put into action. Across Europe, the Rural Parliament movement is evolving into an innovative and effective model of participatory action. At their best, Rural Parliaments inspire participation and give an influential voice to citizens who share a sense of common identity and whose interests can too easily be neglected by policymakers. They are a good idea that, so far, appears to work very well indeed.

Oban last November. Scharding a year later. What an extraordinary privilege to be asked to spend time in such beautiful rural places.

3. Few things are better than a good study visit 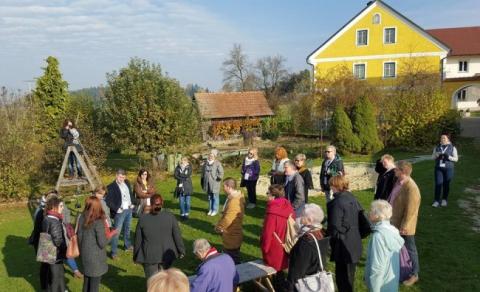 My study group visited an educational farm, a factory that makes wooden-framed windows and a care home for the elderly, all of which contribute hugely to local rural life in very different and very thought-provoking ways. As always, we met smart and inspiring people who gave generously of their time to share their ideas, insights and achievements. And at the farm, we got to make our own butter for lunch, which was awesome.

4. Euro-English has no room for pedantry

Debating a draft of the European Rural Manifesto, I questioned the use of the word “trustful” because it is not common usage. An exasperated German colleague told me that native English speakers should stop being precious about the way English is used as a common language by other Europeans. For them, it is a temporary repository for ideas and information that are then translated into the speakers’ own languages, where nuance and nicety can be reinserted.

5. There is a rural dimension, and it should be identified, celebrated and defended

When I worked in rural policy, I debated with very clever people who argued that in policy terms rural was meaningless as a category. I tried to defend the importance of the rural dimension but my efforts were trifling compared to the tangible impact of a Rural Parliament where hundreds of people gather with nothing but their rurality in common. They do not doubt for a second that they should celebrate that rural identity and make common cause to advocate and influence in support of their shared interests as rural citizens.

6. Ruralproofing is firmly on the agenda

The European Rural Manifesto calls unequivocally for governments to ruralproof their policy and practice. Will this encourage the Scottish Government, who give such wholehearted support to the Scottish Rural Parliament, to adopt this approach – or at least to explain why they and previous administrations have rejected it?

7. A Friday afternoon spent going through a manifesto line by line is not in fact wasted 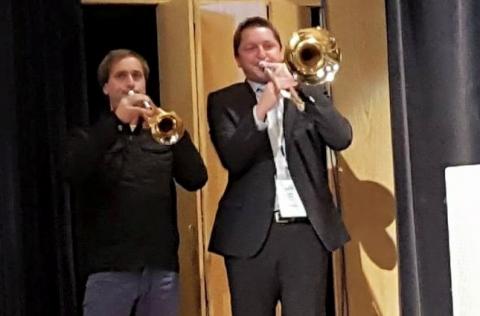 The last session of the event was a long one and as participants wrestled wearily over each paragraph's exact wording, you could see the collective will to live beginning to seep away. But by the end, there was a European Rural Manifesto of which everyone felt a sense of collective ownership. Its completion was celebrated by a trombone fanfare and a huge cry of "All Europe Shall Live!" which left us feeling energised and proud of a job well done.