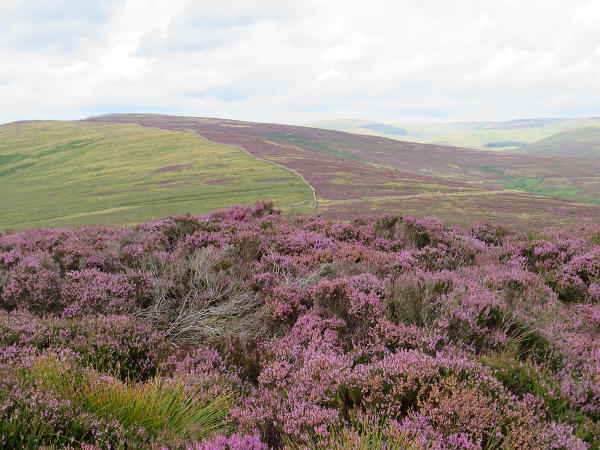 The Scottish Land Fund has awarded the Langholm Initiative charity £1 million in a “major game-changer” for South Scotland’s biggest ever community buyout.

The town of Langholm in Dumfries and Galloway aims to raise £2.2m by July to purchase 5,300 acres of Langholm Moor from Buccleuch, and so double the size of the new community-owned Tarras Valley Nature Reserve.

Success would allow the community to put into action ambitious plans for tackling the nature and climate emergencies while boosting community regeneration.

“With the clock seriously ticking if we are to achieve this once-in-a-lifetime community purchase, this award from the Scottish Land Fund is a major game-changer. It has really turned the tide in our favour, and we are hugely grateful,” said Jenny Barlow, Tarras Valley Nature Reserve’s Estate Manager.

“Thanks to other generous donations, including from thousands of people from all over the world to our public crowdfunder, we are now just £450,000 shy of reaching our overall target. We’re going to work tirelessly to make this happen.”

A new stretch target of £200,000 for the buyout’s public crowdfunder has now been set, after donations recently surged past its initial target of raising £150,000 towards the purchase. The crowdfunder can be supported at bit.ly/LangholmMoorAppeal.

The ambitious scale of the buyout has meant that it has at times seemed at risk. Last month an agreement was reached between the community and Buccleuch to extend the purchase deadline by two months until 31 July, to allow more time to raise funds from major donors.

The Tarras Valley Nature Reserve was established last year, following the successful first stage of the community buyout. This saw the community defy the odds to raise £3.8 million to buy 5,200 acres and six residential properties from Buccleuchin March 2021.

On the reserve, globally important peatlands and ancient woods are being restored, native woodlands established, and a haven ensured for wildlife including hen harrier, short-eared owl and merlin.

Community regeneration and creating new jobs through a nature-based approach is a central aim of the project. Langholm was once a thriving textile centre, but the industry has declined in recent years.