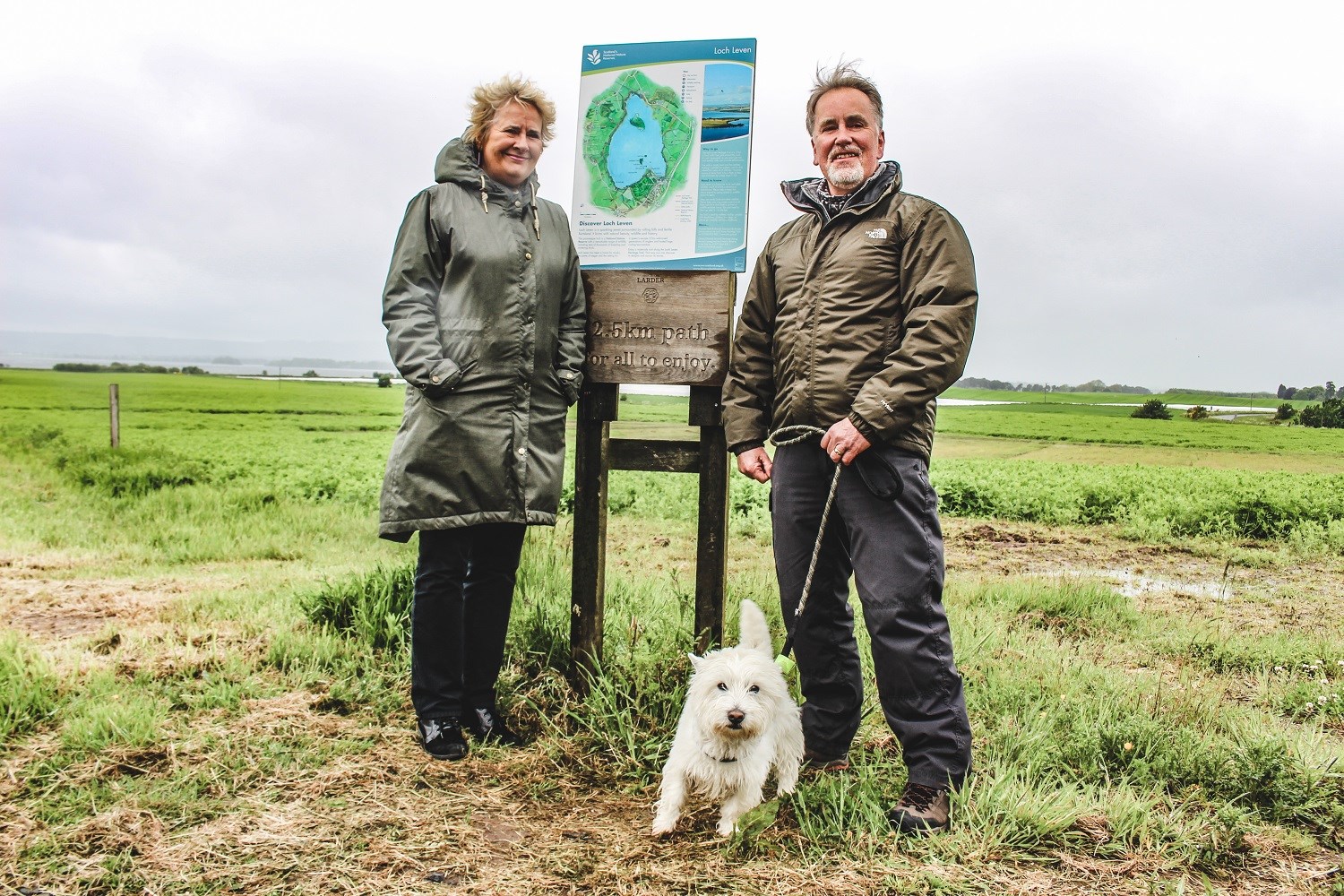 More than 100 miles of new and improved paths will be created across Scotland as part of a scheme to boost outdoor access.

Scottish Natural Heritage (SNH) is celebrating the construction of hundreds of routes through the Improving Public Access fund, part of the Agri-Environment Climate Scheme.

By the end of this year, an equivalent distance to the whole of the West Highland Way from Milngavie to Fort William will have been funded by the scheme.

The paths will make it easier for people to enjoy our fantastic countryside with opportunities for all including walkers, wheelchair users, cyclists, horse riders and buggy users.

The new and improved paths will connect towns and villages and provide a great variety of ways to explore the outdoors in coastal areas, along riverbanks, to viewpoints and around farmland.

Some of the paths will also form part of longer distance routes such as the John Muir Way.

SNH has been working with the Scottish Government Rural Payments and Inspections Division (RPID) to deliver the scheme, with a total of £8.5 million committed.

Since opening in 2015 to farmers, local authorities, charities and community groups a wide range of projects have benefitted with funding to improve existing paths or create new ones.

In Dumfries and Galloway, St Ninian’s cave near Whithorn, said to be the retreat of Scotland’s first saint, can now be more easily reached by the improved coastal path.  An easy access path is also proving popular at the Ben Nevis Visitor Centre, where previously tree roots and muddy hollows restricted some from enjoying the riverside walk there.  Some of Scotland’s longer distance routes have also seen improvements, including sections of the South Loch Ness trail and the Rob Roy and Speyside Ways.

Environment Secretary Roseanna Cunningham said: “What better way to mark the successful conclusion of May’s National Walking Month than to announce so many new walking paths for people to enjoy, connecting our towns and villages with Scotland’s amazing countryside.

“Thanks in part to EU funding, these new and improved pathways, should encourage even more people to get outside and participate in recreational activities, with all the associated benefits for physical and mental health.

“The Scottish Government is very proud to fund this initiative, as we continue to champion the right to responsible access across Scotland.” SNH Chief Executive Francesca Osowska said: “Scotland’s stunning countryside is one of our greatest assets, both for residents and visitors.

“We know that more people than ever before are visiting the outdoors on a regular basis which is great news given the many benefits for physical and mental health of getting outside.

“Good quality and well sign-posted paths can make it easier for more people to enjoy our great outdoors so  with summer ahead it’s fantastic to be able to celebrate the success of this scheme in delivering so many quality routes across the country."