Creating a robust future for Gaelic and Scots

Creating a robust future for Gaelic and Scots 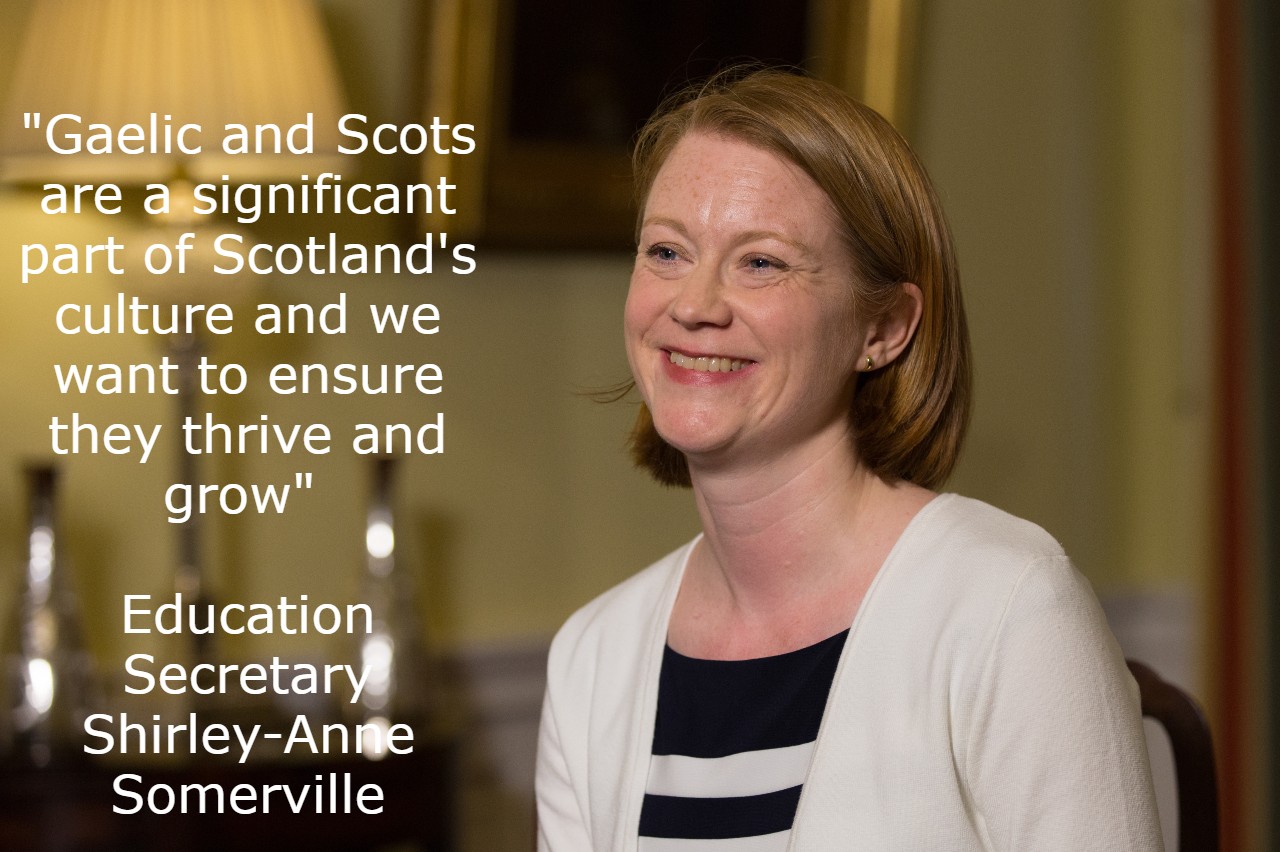 A commitment to ensure the long-term growth of Gaelic and Scots is at the heart of a new public consultation launched today.

The consultation seeks views on how to raise the profile of Scots, a new strategic approach to Gaelic medium education (GME) and the creation of a Gàidhealtachd, areas with a higher percentage of Gaelic speakers. It also covers the structure and function of Bòrd Na Gàidhlig – the principal public body promoting Gaelic in Scotland.

This feedback will help develop the forthcoming Scottish Languages Bill.

The 2011 census indicated that 57,375 people spoke Gaelic and 87,100 said they had some Gaelic skills and over 1.5 million people identified themselves as Scots speakers.

Launching the consultation during a visit to the GME unit at Goodlyburn Primary in Perth, Education Secretary Shirley-Anne Somerville said:

"Gaelic and Scots are a significant part of Scotland's culture and we want to ensure they thrive and grow.

"The situation for Gaelic speakers is an improvement on ten years ago as there are increased numbers in Gaelic medium education and more initiatives in place to support Gaelic in Scotland.

“We now need to build on what is in place and this consultation will show how we can make our measures more effective, ensuring Gaelic medium education continues to grow and provides a high quality education, that Bòrd na Gàidhlig operates effectively in the promotion of Gaelic, and consideration is given to the creation of a Gàidhealtachd.

"Scots is spoken throughout Scotland, but has never benefited from formal support through legislation and it may be time to consider this to help promote, strengthen and raise the profile of the language."

Check out more details including in Gaelic and Scots language here