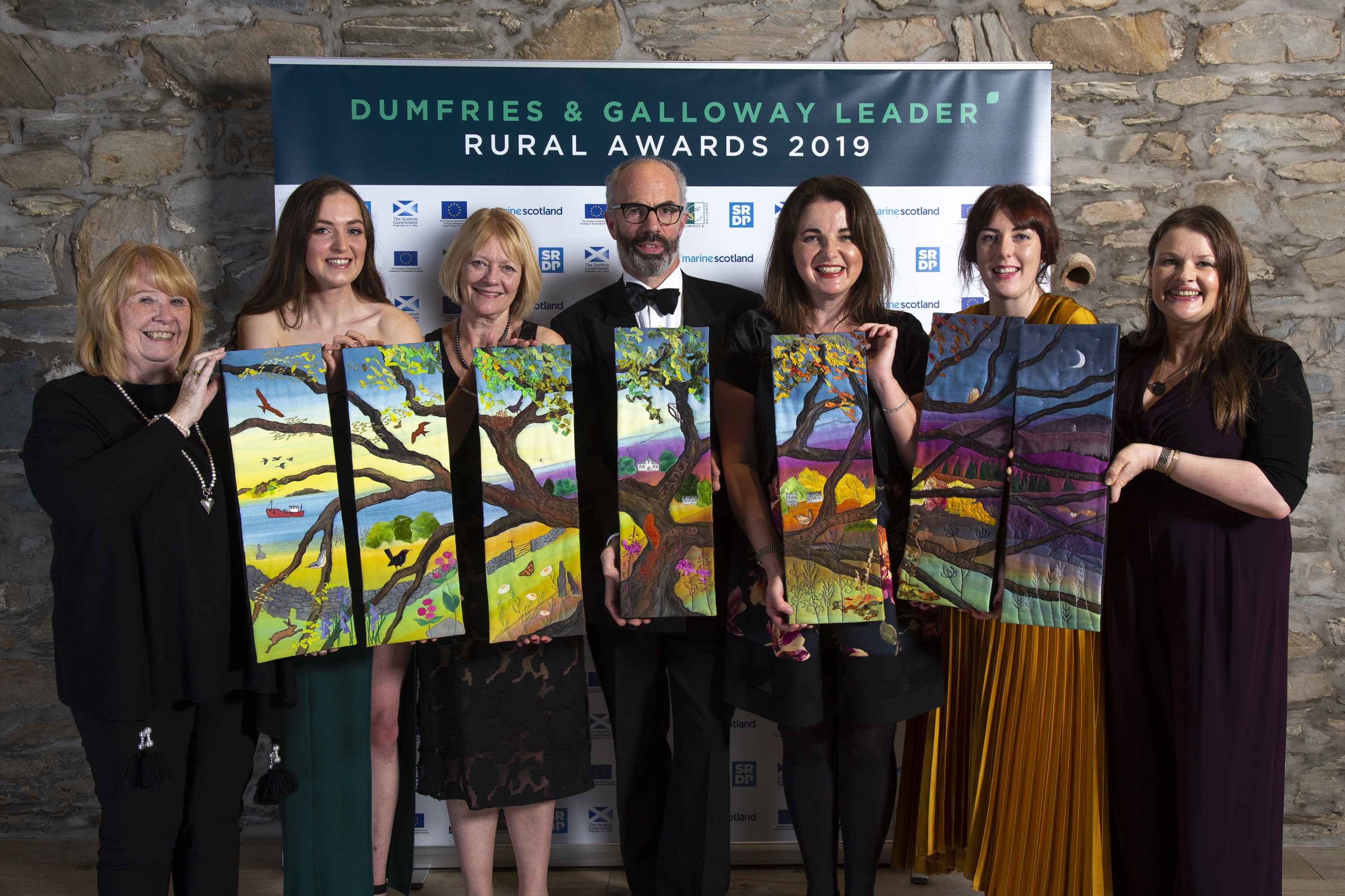 On Thursday 5th December, over 150 guests gathered at GG’s Yard, the rural venue of excellence, near Gatehouse of Fleet for the Dumfries & Galloway LEADER Rural Awards 2019. The event, hosted by Cathy Agnew on behalf of the Dumfries & Galloway LEADER Local Action Group, was set up to celebrate the achievements of local projects funded by the 2014 - 2020 LEADER Programme Fund and the European Maritime and Fisheries Fund.

Following an application process, fifteen local projects from the current programme were shortlisted and hosted a visit from an independent judge in August. Given the significant impact of LEADER funding in Dumfries & Galloway over the years, two additional awards were also introduced for 2019; the Legacy Award and the Shining Light Award. Both awards were created to recognise the long-term success of LEADER funded projects and to acknowledge the outstanding contribution of individuals within our communities.

All shortlisted projects and individuals were represented at the Dumfries & Galloway LEADER Rural Awards where the winner of each award was revealed. Professor Sarah Skerratt from SRUC delivered the keynote address on rural development on the night. 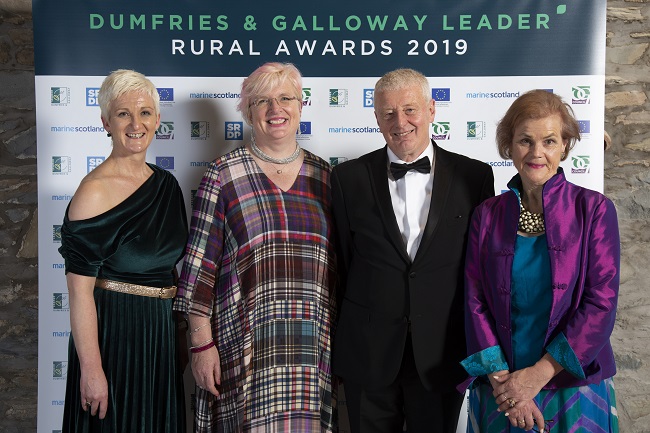 Jo Gallant from Jo Gallant Textile Studios was commissioned to design and produce the awards, which saw one large textile masterpiece shared amongst the seven worthy winners. 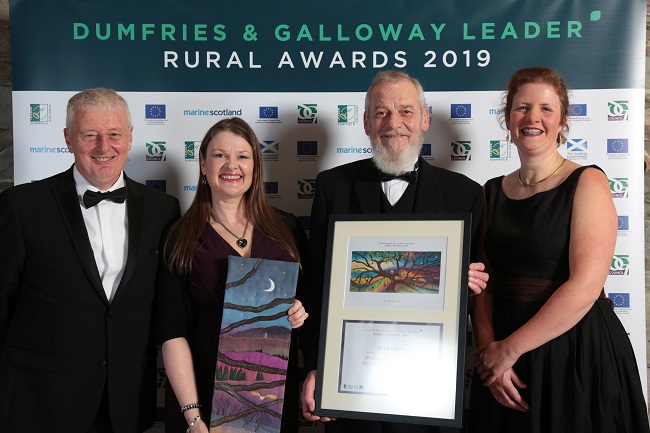 Coastal and Fisheries Community Award: The Finalists  Solway Coastwise, Stranraer Millennium Centre and the Wigtown Bay Skiff Project. This category was judged by Iain Maddox from the North & East Coast Fishing Group and was sponsored by Alba (Print, Design, Display). The winner was the Wigtown Bay Skiff Project. Iain Maddox presented the award along with John Currie from Alba. 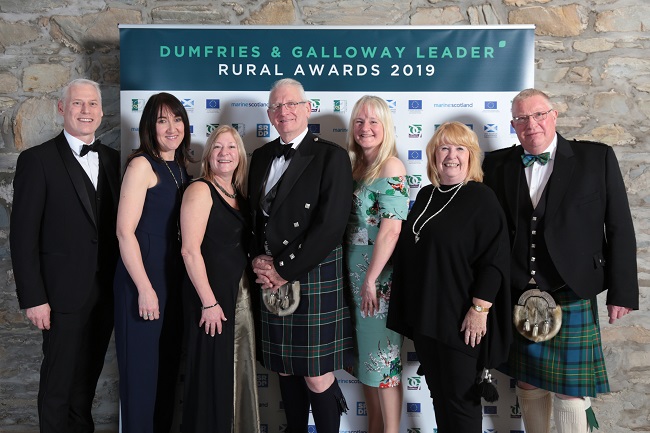 Rural Entrepreneurship Award: The Finalists - Senwick Alpaca Trekking, Crafty Galloway and the Arkleton Walled Garden. This category was judged by Dr Jessica Sellick from Rose Regeneration and was sponsored by Savills. The winner was Crafty Galloway. Ivan Annibal presented the award on behalf of Dr Sellick along with Matthew Currie and Gordon Kerr from Savills. 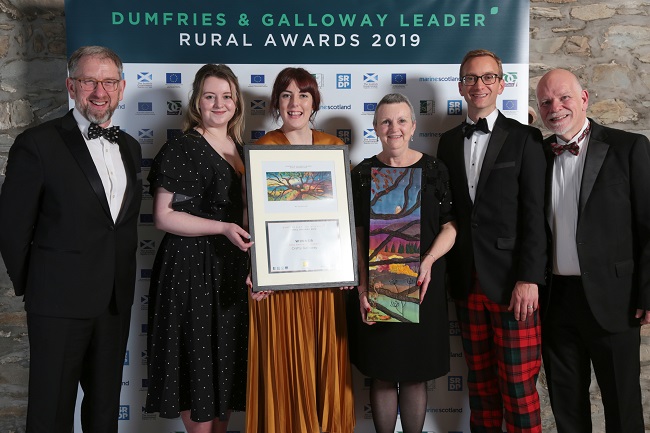 Natural Environment Award: The Finalists - Keir, Penpont and Tynron Development Officer, Loch Ken – Passive Pod and Restoring Annan Water Community Engagement Project. This category was judged by Alice Mayne from the Environment Agency and was sponsored by the Crichton Carbon Centre. The winner was Loch Ken - Passive Pod. Alice Mayne presented the award along with Dr Emily Taylor from the Crichton Carbon Centre. 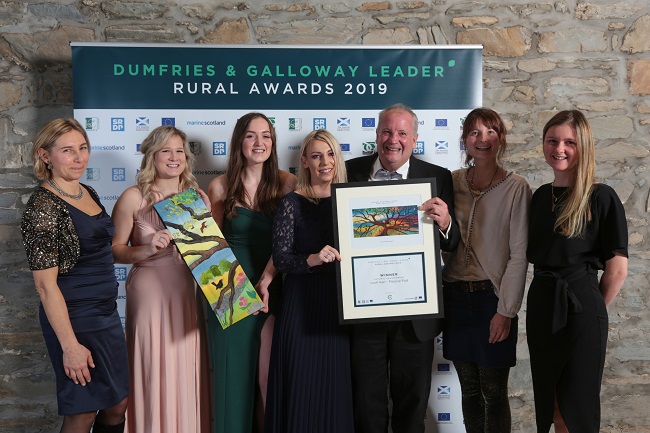 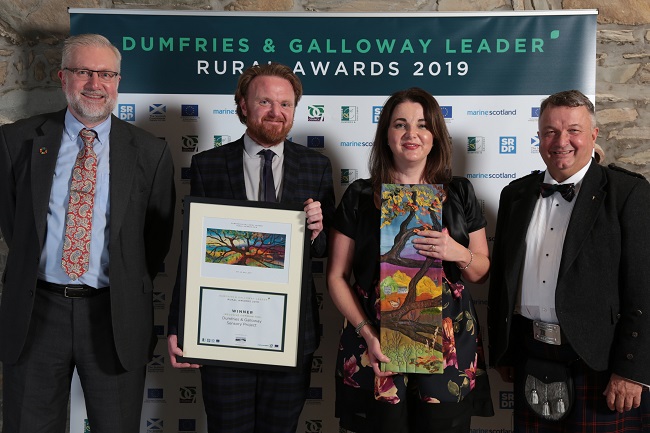 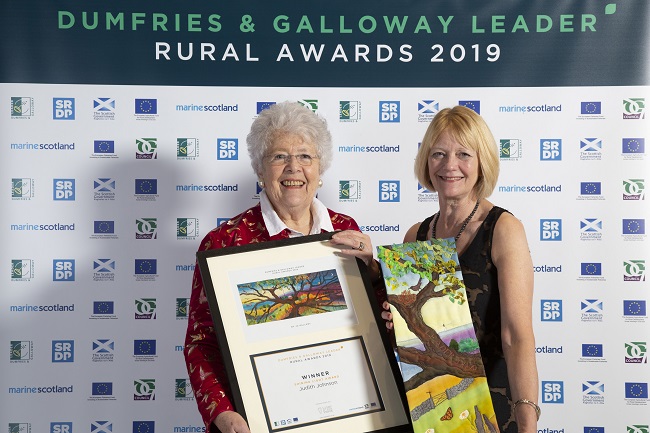 Legacy Award: The Finalists – Galloway & South Ayrshire Biosphere, Spring Fling and the Wigtown Book Festival. This category was judged by the Legacy Panel consisting of Dame Barbara Kelly, Cathy Agnew, Maggie Gordon, Peter Ross and David Rennie and was sponsored by Scottish Enterprise. The winner was the Wigtown Book Festival. Maggie Gordon presented the award along with Dr Julian Pace from Scottish Enterprise.

Peter Ross, Chair of the Local Action Group also acknowledged the LEADER team for their ongoing contribution to the programme and paid tribute to two longstanding members of the team; Nicola Hill (L) and Simone Tyrie (R). 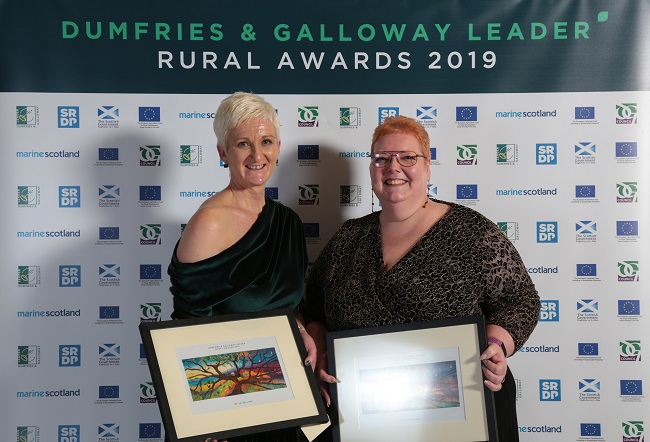 Nicola Hill, LEADER Programme Manager in Dumfries & Galloway said: “The contribution these projects make to the development of our rural communities often goes unrecognised, they are the unsung heroes of our towns and villages but their generosity of time and spirit is what makes the difference to the places where we live. They are being recognised because they have proven themselves to be invaluable contributors towards change within our rural communities. It is my privilege to work alongside many of these volunteers in my role as Programme Manager, I admire them greatly and take inspiration from the time and effort they put into ensuring that our rural communities gain strength and grow.

Nicola added: I would also like to thank everyone involved in delivering this event and for making it a celebration to remember.  I would particularly like to acknowledge our judges and sponsors for their support and of course my colleagues and the wider team involved in making this happen.”