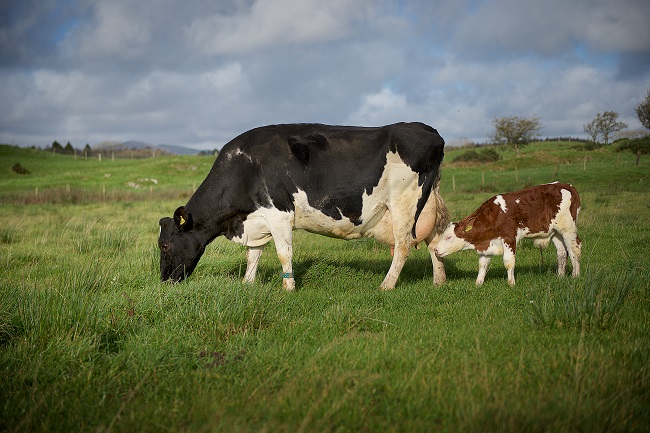 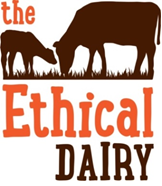 The Ethical Farming Conference is designed to raise awareness of ethical and sustainable food production.

Plans for the event were revealed after the company hit its crowdfunding goal on Monday evening.  With the crowdfunding campaign continuing to run till the weekend, pledges received over and above the original £50,000 target will be used to fund the conference.

David Finlay, the farmer behind The Ethical Dairy, announced the conference plans in a video on the company’s social media channels and said:

“We now know that this (cow with calf dairy farming) can work.  What we have to do now is get that message out to the wider industry, dairy and other sectors. So what we’re planning to do is bring together all the innovative farmers that have been thinking outside the box in terms of how to produce our food ethically and sustainably in the future. We’re putting together a conference here on the farm and we’ll be inviting speakers from the UK and overseas.”

“Ethical and ecological approaches to farming are not exclusive to our farm and there is a wealth of knowledge, expertise and inspiration to be found on farms across the country.  We have always said we wanted to freely share what we have learned about cow with calf dairy farming at scale with the wider industry. The Ethical Farming Conference is an opportunity to seek out and share knowledge across a range of farming sectors, and to look at how collaboration and supply chain development can support ethical food production.”

The 'ethical' claim covers four pillars; fair work for people, high welfare for livestock, regenerative closed-loop production and economic sustainability. The conference will explore examples of sustainable food production that grow value through an ethical proposition, rather than growing volume through intensification.  It will also provide a platform for sharing research and innovation in practice and, through the bringing together of ethical and sustainable innovators, it will encourage collaboration across supply chains and between researchers and producers.

The crowdfunding stretch goal to help fund the conference raised £3000 within 48 hours and has already attracted interest and offers of support from farm and food production businesses across the UK and Ireland.

“People increasingly want to know that the food they buy has been produced responsibly, ethically and sustainably and it is important that our industry responds to those consumer concerns.  That the conference plans have received such strong support from members of the public in such a short space of time is very exciting indeed.”

More information about the crowdfunder stretch goal can be found at: www.crowdfunder.co.uk/theethicaldairy

People who want to pre-register an interest in attending the conference can do so at: http://eepurl.com/dL_WxY

Information about The Ethical Dairy and its products can be found at www.theethicaldairy.co.uk as well as on Twitter @theethicaldairy and on Facebook @EthicalDairy