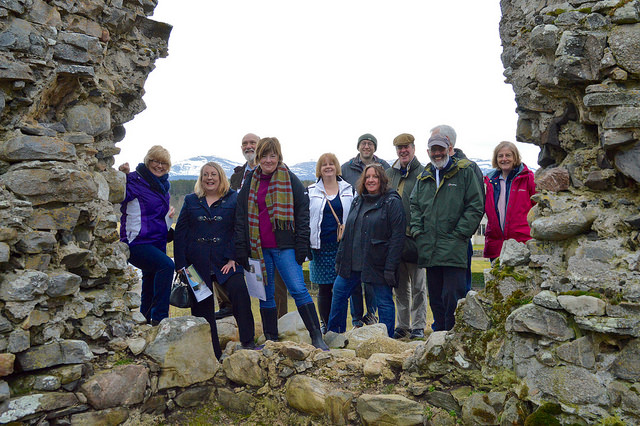 Around 200 people involved in delivering LEADER gathered in Aviemore from 10 to 12 March for the Scottish LEADER Conference 2016.

The event was a chance for people to get together to share knowledge, experience and ideas and to network with those involved in LEADER in other Local Development Strategy areas.

The conference programme featured a mix of presentations, workshops, a project visit and an interactive session to explore possible LEADER cooperation projects.

In this event report you can get links to workshop presentations, a short film featuring inspiring LEADER projects shown at the conference, photos from the event, and more.

The conference kicked off on Thursday afternoon with networking and a was a chance to find out more about the organisations taking part in the marketplace.

Maggie Gordon, a director of Scottish Rural Action (organisers of the Scottish Rural Parliament), welcomed delegates to the main day of conference on Friday morning and spoke enthusiastically about the benefits of LEADER. Maggie was involved for a number of years with the Local Action Group (LAG) for Dumfries and Galloway.

Roger Clegg, Chair of the Cairngorms LAG, welcomed participants to the area and said that LEADER is all about strengthening our rural communities.

Cabinet Secretary for Rural Affairs Richard Lochhead addressed the audience via a short pre-recorded video which you can watch below.

A short film featuring six inspiring Scottish LEADER projects funded in the 2007-13 LEADER Programme was given its world premiere at the conference. You can watch the film below.

Peter Sunderland, Chair of the Forth Valley and Lomond LAG, spoke about the successes and challenges of LEADER. Peter's involvement in LEADER began when the shop in the village he had moved to was to be closed down. Thanks to LEADER funding the shop in Gartmore was brought into community ownership - and is still open nearly 20 years later. The shop provides much more than groceries - it is also a social hub, helping to prevent loneliness in the village. Peter said Gartmore Community Shop would never have happened if it wasn't for LEADER.

Delegates had the opportunity to explore a number of topics including youth initiatives, building community capacity and farm diversification during workshop sessions. Presentations from the workshops can be found below.

Please note there was no presentation during the Building Community Capacity workshop or Youth Initiatives workshop.

The Cooperation Cafe session on Saturday morning offered participants the chance to explore and propose ideas for LEADER cooperation projects (projects that involve partnership working with other LAGs in Scotland, the UK and Europe). A number of project ideas were proposed and discussed at this lively session.

On the Saturday morning, a group of delegates took part in a project visit to Castle Roy and Nethy Bridge. At Castle Roy, the foundations and walls have been greatly stabilised over the years but more funding is still needed to help complete the project into a fully-working tourist attraction. Previously, work had to be stopped due to an electrical pylon which had been placed close to the castle. LEADER funding covered the cost of this pylon being removed and the supply re-routed. Improvements to the masonry can be seen when comparing the photos from the Nethy Bridge website to the ones taken on the day of our visit.

At Nethy Bridge Community Centre the group saw how LEADER funding had helped clear what was an impenetrable maze of spruce trees. The disused wood has been thinned, allowing for a number of benefits including:

More from the Scottish LEADER Conference 2016

Photos from the conference

Check out our Scottish LEADER Conference 2016 album on Flickr for photos from the event. 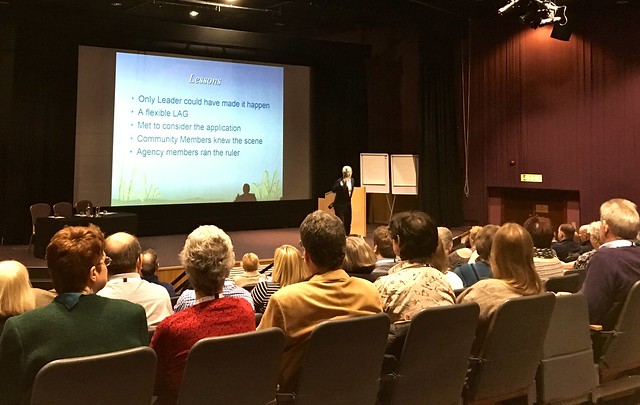