Funding for development in South of Scotland

Funding for development in South of Scotland 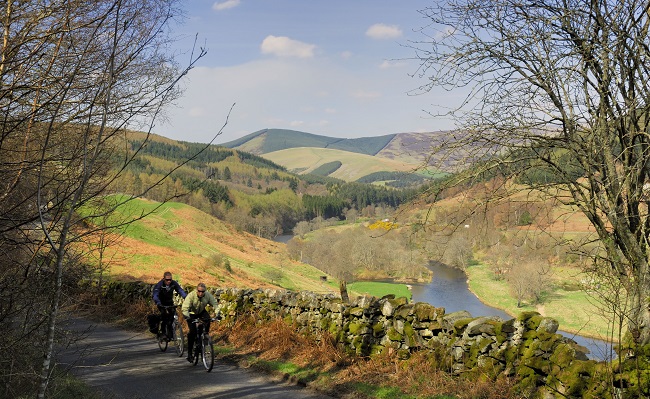 Rural Economy Secretary Fergus Ewing has announced funding for skills and economic development across the South of Scotland.

A former school building which is currently lying empty in Kirkcudbright will be transformed into a Dark Skies Visitor Centre and Planetarium, through the South of Scotland Economic Partnership. With investment of £300,000 from SOSEP the building will also include a childcare facility, a youth activity centre and commerical premises for business start-ups.

A new training programme for community leaders has been awarded £30,000 of SOSEP funding to drive tourism projects across the South of Scotland. And a further £60,000 of funding will see buildings in Hawick's historic town centre restored as part of a wider plan to reinvigorate the area and attract more visitors.

Mr Ewing announced the funding while visiting the newly established Centre of Excellence in Textiles at Hawick High School, which has benefited from £610,000 of Scottish Government funding through SOSEP.

"The Scottish Government is committed to developing the South of Scotland’s economy to its full potential. These investments will boost tourism, create jobs, support existing businesses and act as catalysts for wider regional regeneration.

"The funding is part of a wider package of measures being supported by the Scottish Government through the South of Scotland Economic Partnership (SOSEP), which aims to improve access to skills & training, support entrepreneurship and town centre regeneration and develop tourism opportunities across the South of Scotland.

"The work of SOSEP, the establishment of a new enterprise body for the region and the £85 million we are investing in the Borderlands inclusive Growth Deal underline our commitment to continuing to deliver for the South of Scotland and its people."