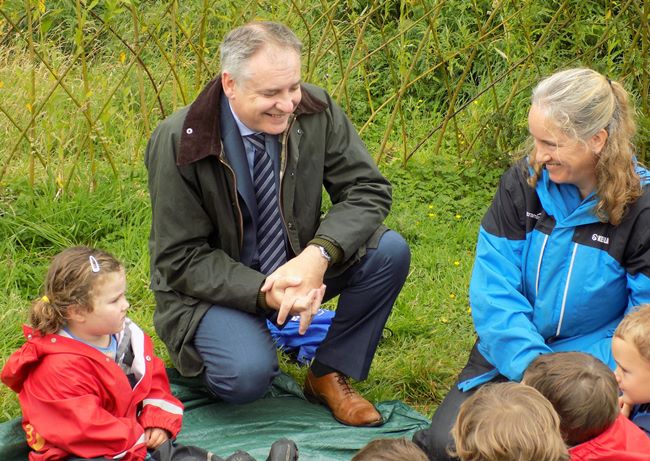 Speaking on a visit to the Stramash outdoor social enterprise – which won an innovation award at the Rural Parliament - the Cabinet Secretary said:

"Scotland’s first Rural Parliament was hugely successful in giving rural communities a voice. The challenge now is to maintain that democratic momentum. Rural Parliaments in other countries have proven to be a catalyst for lasting change and I am keen to see a similarly dynamic and influential rural movement here in Scotland.

"That is why is the Scottish Government is providing £200,000 to support the delivery of the Scottish Rural Parliament Action Plan, which sets out the priority issues and solutions that have been identified by rural communities themselves. The Plan cannot be delivered by Government alone and so I am keen that it is supported as widely as possible.

"Of course, living in rural Scotland has many advantages as well as its challenges. Stramash is a great initiative that connects children and young people to the out-of-doors, helping them to make the most of all that rural Scotland has to offer."

"We appreciate the sound support that we have from the Scottish Government, through the Cabinet Secretary who readily understands what we are creating for our rural areas and is keen to ensure the support of the public sector. Delivery of our Action Plan, which arose from the inaugural meeting in Oban, is our main priority followed by planning our second Rural Parliament in late 2016. This funding gives us confidence to concentrate on these priorities for the foreseeable future."

Find out more about the Scottish Rural Parliament Action Plan.