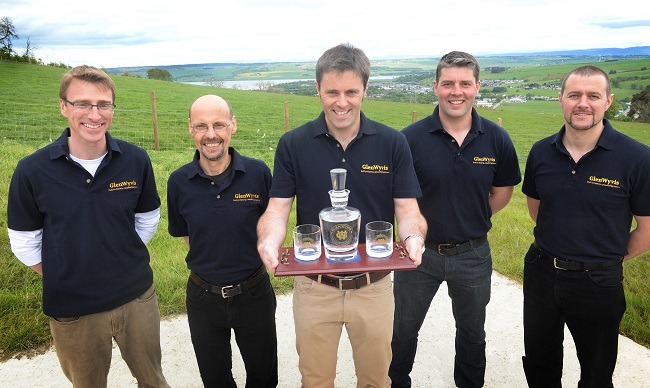 A Community Share Offer has been launched to help raise over £1.5 million of investment to create Scotland's first community-owned craft whisky distillery.

Glenwyvis Distillery Community Benefit Society, based in the Highland town of Dingwall, has launched the Community Share Offer in conjunction with Community Shares Scotland (CSS).

The new GlenWyvis Distillery will re-instate craft whisky distilling to the Dingwall area, some 90 years after the last of the town's original distilleries closed down. The new distillery will be built on a farm above the town of Dingwall and will be one hundred percent community-owned and powered entirely by green energy.

The distillery is the brainchild of the Flying Farmer, John F Mckenzie, supported by a board of directors and local community representatives.

"We have a truly winning combination here of a stunning Scottish Highland location, immense historical appeal linking back to Culloden, Burns and Ferintosh and readily available hydro, solar and wind energy to bring this innovative whisky project to fruition.

"From the outset we have envisaged the project as more than a distillery. It is an opportunity for all social investors to help reinvigorate the historic town of Dingwall. GlenWyvis will be built on its whisky heritage, its community-ownership and its environmental credentials. We have amazing local resources and will be using only local barley from a farmers’ cooperative – hence our strapline built on history – powered by nature."

Construction of the distillery is due to commence in June 2016 with the first run of whisky planned for Burns Night 25 January 2017. The distillery will produce craft Scottish whisky and there are plans for an associated Visitor Centre in the town to be added as part of a wider plan to recreate Dingwall as the Craft Distillery Town of Scotland, and as a quality tourism destination on the North Coast 500 route.

"This is one of the biggest community projects we have been involved in and we hope it will make a seismic impact in the kind of projects that we will see coming forward to work with Community Shares Scotland in the future.

"GlenWyvis has a truly international appeal with an amazing whisky heritage story which will strike a chord with expat Scots and the Scottish Diaspora worldwide and has the added impact of sitting nicely along the North Coast 500 route."

The GlenWyvis Community Share Offer opened on 16 April 2016 and closes on 24 June 2016. However, the board reserves the right to extend this deadline if the amount raised is close to the total required to proceed.