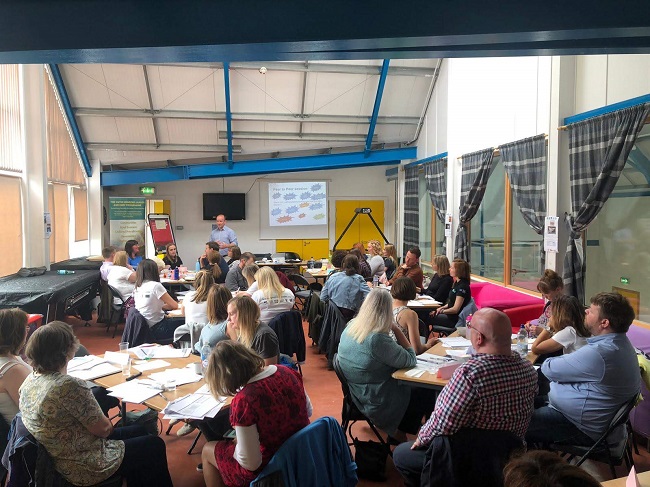 The LEADER staff travelled to the Isle of Lewis this week where the Outer Hebrides LEADER team hosted the latest LEADER staff group meeting. On Wednesday afternoon, the meeting began with a workshop, delivered by Alistair Prior from the SRN focusing on evaluation. The LEADER staff were given an opportunity to share and discuss their experiences with a view to agreeing a set of questions for evaluating LEADER and collectively deciding next steps.

After the workshop, the group travelled by bus up to the project visit, Ness Historical Society, where we were given a warm welcome with tea and cake in their brand new café. The former school in the north of the island was acquired by the Historical Society back in 2011 and has since been renovated thanks to funding from LEADER and other sources. The building was designed by young, local architect, Ruairidh Moir who has cleverly incorporated many innovative energy-saving features which power the building more efficiently. A few of the staff then gave us a tour, explaining how the centre has benefitted the local community and the surrounding area, even showcasing their very own scented candle range ‘Soiree’ in the new gift shop. 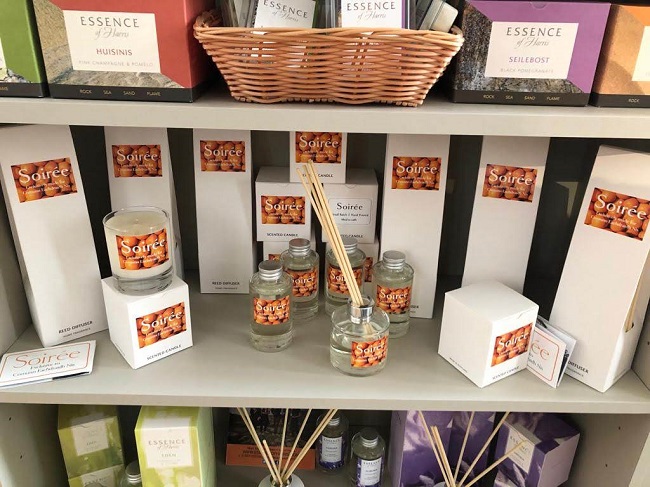 In the evening, we returned to An Lanntair in Stornoway where the Outer Hebrides LAG treated the group to a lovely buffet meal and showcased music from LEADER-funded project ‘Between Islands’. The project’s main aim is to collectively promote the heritage and culture of the three island groups of the Western Isles, Shetland and Orkney. Thanks to LEADER funding the project has some large-scale musical initiatives planned for the near future.

Three very talented musicians involved in the project performed to the group, playing a medley of both traditional and collaboratively produced new music. You can find out more about them here. 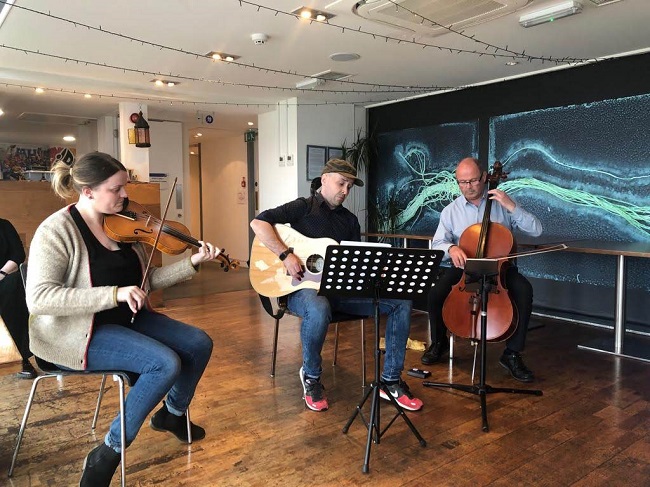 Day two of the meeting began with a contribution from Matt Bruce, the vice-chair of the Outer Hebrides LAG and Cllr Donald Crichton, discussing planning for the future in the Western Isles. David Wake, from the North Harris trust then gave a presentation of the various initiatives and projects that have been funded or planned in the North Harris region. After the staff business meeting, Rob McMorran and Sarah Jones from Scotland’s Rural College (SRUC) carried out a workshop as part of research being done for the Scottish Government on the role of the LEADER approach. The group discussed challenges, success factors and the future of CLLD.

Many thanks to the Outer Hebrides LEADER for helping to organise the LEADER staff group meeting in Stornoway, and thanks also to the musicians from ‘Between Islands’ and staff at An Lanntair and the Bayhead Bridge Centre.