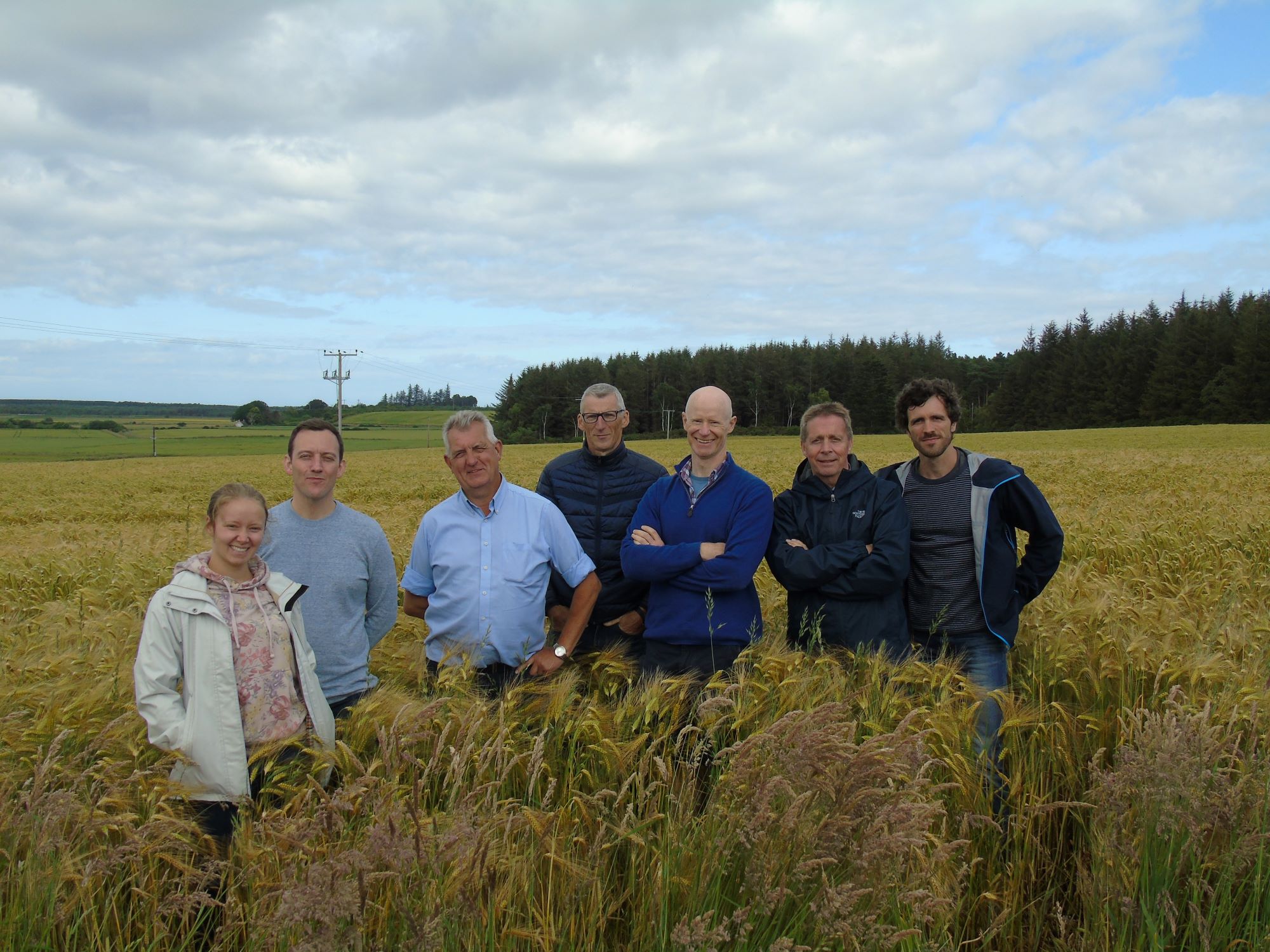 Moray LEADER and Windswept Brewing Co have been working in cooperation with Belgian farming and brewing partners to develop a new product line, which will be brewed with ingredients grown in Moray. The project is funded through Moray LEADER and GAL Burdinale-Mehaigne; a LEADER territory in Wallonia, Belgium.

The project aims to create a short supply chain between locally based farmers and breweries. The aim is to enhance product and produce value and reduce carbon emissions to help create sustainable locally economies.

Earlier in the year, a delegation of project partners from Belgium visited Moray, including representatives of the LAG, the partner brewery, and agricultural specialists. A packed programme awaited the visiting Belgian delegates: including meeting with farmers, maltsters, and brewers. The itinerary included learning visits to Pitgaveny Estate –growing barley for Windswept as part of the project, Crafty Maltsters – a new micro-malting facility in Auchtermuchty, Fife, and Balvenie Distillery – to learn about their historic floor maltings. The Walloon partners were particularly keen to gain knowledge from local farmers around best practice for growing barley – as currently barley is grown on a very low scale in Belgium.

Nigel Tiddy, Managing Director of Windswept Brewing Co stated of the project visit in Moray, "The visits to Pitgaveny Estate with Martin Birse and Crafty Maltsters with Alison and Dan Milne were extremely informative and a great start in building new relationships between people who would like to see what’s grown on our doorsteps is used in local produce."

Moray representatives have now taken part in a reciprocal peer learning visit to Wanze, in Wallnonia. Moray participants visited three local breweries to learn about Belgian brewing practices, including the historic Trappiste Rochefort, which has been brewing beer for over 400 years. There were also visits to local farms, an historic maltings, and a distillery who produce a single malt Belgian whisky – in stills bought from the now mothballed, Caperdonich distillery in Rothes. The visit to Wallonia stimulated lots of ideas for future development of the project and provided insight into the challenges and opportunities of creating a short supply chain between farmers and brewers in Moray.

Aileen Buchanan, Moray Local Action Group member and Senior Agricultural Consultant/Area Manager for SAC Consulting, offered of the visit to Wallonia: “What an inspiring trip! Lots to think about and ideas about how partnerships between farmers and end users, in this case breweries and small distilleries, could work to the benefit of both the farmers and the businesses.”

Moray Local Action Group member, Erica Beck, added “"Beyond the direct bilateral learnings gained by the brewers, the visit gave an insight into different ways for disbursing European Leader funds for community environmental education and ecological benefit that might be usefully implemented in future programmes in Moray."

The next steps for the project in Moray are in preparing the barley for brewing. The grain grown by Pitgaveny Farm has been harvested and will soon be ready for testing before heading to Crafty Maltsters in Fife to be malted. Windswept will then begin brewing the new From the Field to the Firkin beer in the New Year. Watch this space for more news in the coming months.

From the Field to the Firkin. Windswept Brewing Co. received an award of £53,641.16 from Moray LEADER to develop and market a new product line, brewed using grown locally barley. Windswept are working in cooperation with partners from a Local Action Group in Wallonia, Belgium to assess how best to create new short supply chains between brewers and grain farmers working in the same locality.