New legislation protecting wildlife in the Hunting with Dogs Bill

New legislation protecting wildlife in the Hunting with Dogs Bill 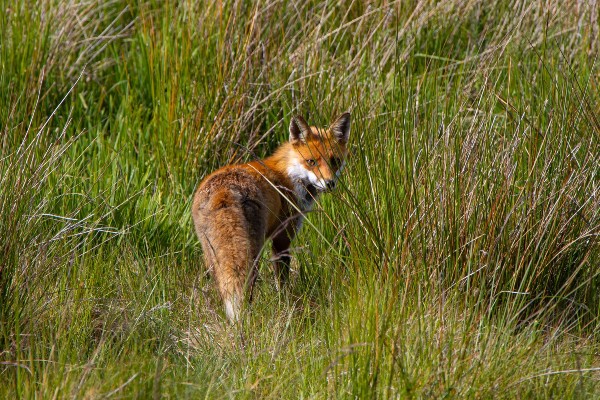 Protecting foxes, hares and other wild mammals from being chased and killed by packs of dogs is the purpose of the Scottish Government’s new Hunting with Dogs Bill.

The Bill will replace existing legislation in this area, making the law clearer and closing loopholes.

Recognising that there is a need for predators such as foxes to be controlled in certain circumstances, the new Bill will allow dogs to be used to search for, stalk or flush a wild mammal, but only for specified purposes and if the activity meets the requirements in the Bill. These purposes include preventing serious damage to livestock, timber or crops, protecting human health or preventing the spread of disease.

Certain conditions must also be met when using dogs for the permitted purposes. These include, for example, using no more than two dogs unless a licence has been granted, keeping any dog used under control, and obtaining permission from the land owner or the person who manages or controls the use of that land. The Bill will also include new provisions to ban the activity of ‘trail hunting’ which can pose a risk to wild mammals.

“I want to make clear that chasing and killing a mammal with a dog, for sport or otherwise, has no place in modern Scotland – indeed it has been illegal for twenty years. I am seeking to close loopholes which have allowed that already illegal activity to persist, and my aim is to do that in a way that ensures the greatest possible animal welfare while facilitating legitimate predator control.

“As well as closing existing loopholes, I am seeking to prevent others opening. We have seen from recent events south of the border, that trail hunting is sometimes being used as a cover for illegal hunting. We therefore plan to take pre-emptive action to prevent trail hunting becoming established in Scotland in order to reduce the risk of wild mammals being killed by dogs.

“However, I should like to be clear, that foxes can cause significant harm to livestock, as well as other wildlife such as ground nesting birds – so it is important that farmers and land managers have access to control measures that are efficient and humane. This legislation provides that.

“We consulted widely on our proposals and our public consultation received over 11,000 responses from a range of organisations and groups, as well as members of the public. We carefully considered the views of stakeholders and the public when developing the new legislation which I am confident is both progressive and balanced.”

“The League fully supports the intention behind the new Bill and we look forward to seeing it in detail and working with the Scottish Government as it progresses through parliament with full scrutiny.

"After twenty years of flawed legislation it is critical that this Bill addresses the need to reduce the pack of hounds to just two, and takes pre-emptive action to prevent trail hunting being established as a new 'sport' in Scotland.

"We want to see a Bill that really bans hunting and doesn't contain new loopholes for hunters to exploit."

A spokesperson for the National Farmers Union of Scotland said:

“NFU Scotland stresses the need to maintain effective, practical and pragmatic control of wild mammals, including foxes, in a farming and crofting context to prevent damage to livestock, crops, plants and habitats and limit the spread of disease, as well as to reduce predation on protected wildlife species.”

The Hunting with Dogs (Scotland) Bill was introduced on 24 February 2022.

The use of dogs to hunt wild mammals is governed by the Protection of Wild Mammals (Scotland) Act 2002 (“the 2002 Act”).

In 2015 the Scottish Government appointed Lord Bonomy to undertake a review of the 2002 Act  to consider whether it provided the necessary level of protection for foxes and other wild mammals.

The Scottish Government committed in the 2021-22 Programme for Government to introduce a bill during this parliamentary year to strengthen the law relating to the use of dogs to hunt foxes and other wild animals, as well as introducing other measures, such as preventing trail hunting.

A consultation on its proposals closed on 15 December and received over 11000 responses– a high-level analysis is included in the policy memorandum.  The majority of respondents agreed that the Scottish Government should limit the number of dogs allowed to search for or flush a wild mammal to waiting guns to two, and that trail hunting should be prohibited. An in-depth analysis and responses will be published later this year.