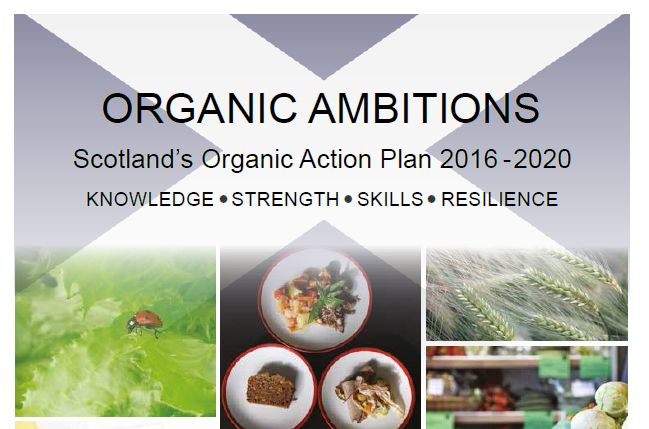 A new Action Plan for organic food and farming in Scotland from 2016 to 2020 has been launched.

The Action Plan identifies the key challenges facing the development of Scottish organic food and the actions required to address them.

"Scottish food and drink is a phenomenal success story and, as interest in organic produce increases, that sector clearly has an important role to play in continuing that trend. Much has been achieved over the past few years but there is the potential to do so much more.

"I want to see a strong organic sector in Scotland, one that is strategically supported and that can compete with the rest of the UK, EU and, indeed, the world. I also want to see a Scottish organic sector that is making an important contribution to Scotland becoming a Good Food Nation, by being self-sustaining, adding value to our environment as well as the economy. Partnership and positive collaboration are key to achieving these aims and this new action plan will surely assist in realising these ambitions."

"Organic Ambitions will build knowledge about organics, strengthen the organic supply chain and increase skills throughout the organic sector. It will also strengthen the capacity of Scotland’s organic farms to preserve and enhance natural capital (soil, clean air and water, biodiversity), and in turn to create a more resilient food supply chain. Making change happen will involve partnership working between all those concerned about the future of food, farming and the environment in Scotland."

Find out more about the launch of the Action Plan on the SRUC website and by watching the video below.