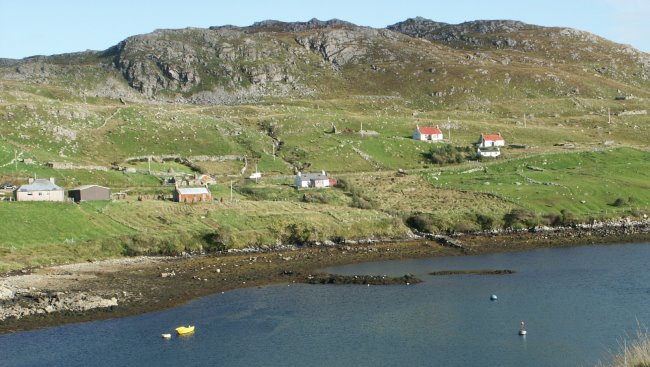 The Pairc Trust, a community body in South-East Lewis, has recently (4 December) completed the purchase of the Pairc Estate on behalf of the community of some 400 crofters and residents.

The Pairc Trust have been trying to bring the 28,000 acre estate into community ownership since 2003.

The purchase has now been made on the basis of a voluntary transfer by the landlord, after a long history involving several ballots and applications by Pairc Trust to the Scottish Government under Part 3 of the Land Reform (Scotland) Act 2003.

The purchase price of £500,000 includes the foreshore and an interposed lease entered into by the previous owner. A funding package for the capital costs has been finalised in the last week with external support from Scottish Land Fund, Comhairle nan Eilean Siar, and the local Muaitheabhal Community Wind Farm Trust, in addition to almost £300,000 raised by the Pairc Trust themselves. Revenue funding is being provided by Scottish Land Fund and Highlands and Islands Enterprise.

"We are delighted finally to complete the community buyout today. This is the culmination of some 13 years struggle to buy the Estate on behalf of the community, and I should like to thank everyone who has played a part over the years in eventually achieving the community’s goal. This includes all members and Directors of Pairc Trust, past and present, and particularly everyone within the community who has contributed to the substantial funds raised to purchase the Estate; and to all our external funders and supporters.

"We plan that an AGM of the Pairc Trust should be held early in the New Year, at which we hope that new Directors will be elected to take the Trust forward for the important tasks which now lie ahead. We particularly want to strengthen links with other key community organisations in Pairc, and to attract more female and younger Directors. It is planned that job adverts for two new members of staff will be placed as soon as possible. Consideration will also be given to a celebratory event in the New Year."

"Pairc Trust has successfully purchased the local Pairc Estate, which is a testament to the hard work of the Trust in bringing this long running aspiration to a successful conclusion. I wish Pairc Trust well as they start to begin the process of realising their aspirations by taking forward various projects for the benefit of the community."