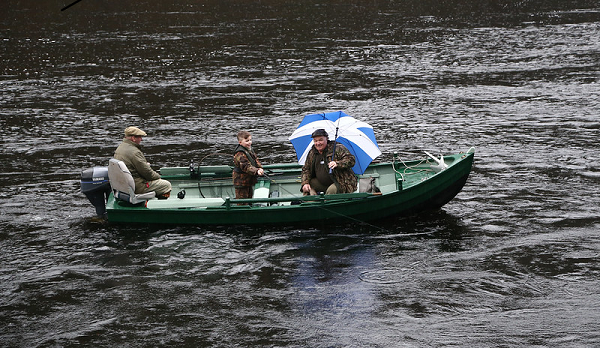 Scotland’s Chief Statistician has published the salmon and sea trout fishery statistics updated to include the 2021 season.

The publication provides a summary of rod and net catch for the 2021 fishing season. It is based on returns from proprietors, occupiers or agents of salmon and sea trout fisheries throughout Scotland.

Reported rod catch of salmon (35,693) is the lowest since records began, and 75% of the previous five-year average. Catches have decreased from a high in 2010 and the 2021 records are consistent with a general pattern of decline in numbers of wild salmon returning to Scotland.

The impact of the coronavirus pandemic complicates comparisons with previous years. Rod fishing effort was low during the spring of 2021, when stay-at-home orders and travel restrictions were in place, compared to 2019 pre-pandemic levels.

Of spring salmon captured by rod, 99% were released, as were 95% of the total rod catch. These are among the highest proportions of catch and release reported since records began.

Reported retained catches for the fixed engine, and net and coble fisheries, were the second lowest since records began.

Fish reported as being of farmed origin represented 0.08% of the total catch.

Total reported rod catch of sea trout (12,636) is the lowest since records began, and 77% of the previous five-year average, although the impact of the coronavirus pandemic complicates comparisons with previous years. Sea trout catches have fluctuated around a general trend of decline since the 1960s.

Of reported rod catch, 87% were released, the third highest proportion since records began.

Reported catch for both the fixed engine and the net and coble fisheries were amongst the lowest recorded by either fishery since records began.