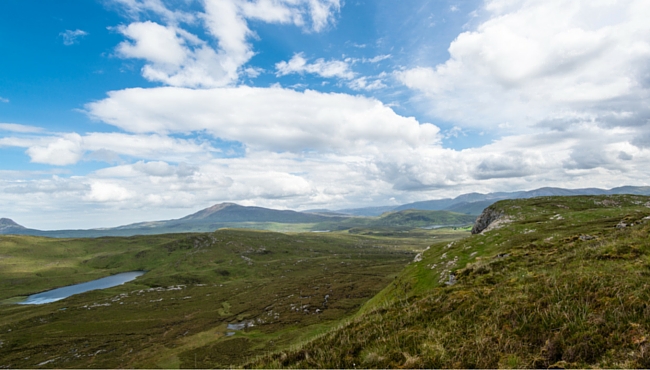 Land Reform Minister, Dr Aileen McLeod has announced that 52 communities have now been awarded a share of £9 million from the Scottish Land Fund.

Over 500,000 acres of land in Scotland is now in community ownership - with over 90,000 acres of this having received support through the Scottish Land Fund.

Dr McLeod visited the community-owned South Uist Estate this week. Seventy per cent of the population of the Outer Hebrides now live on community owned land.

"As we approach the end of the current Scottish Land Fund, it is great to see that so many community groups have been able to purchase their own land.

"A fantastic example of a community making a real difference to the local community is here in South Uist where the community purchased the South Uist Estate in December 2006. They now manage 93,000 acres of land from sporting rights, fishing rights, croft land, various commercial and residential buildings and commercial land including quarries, fish farms and a MoD base, covering almost the whole of the islands of Benbecula, Eriskay and South Uist, as well as a number of other small islands.

"I am determined to see a more fairer and equitable distribution of land in Scotland where communities and individuals can own and use land to realise their full potential and land reform is essential to achieving this.

"Land reform has already delivered significant benefits to communities across Scotland, however I believe that the Land Reform Bill will result in real improvements in how land in Scotland is owned, used and managed and will change the relationship between the people of Scotland and the land that we live, work and depend on."

The Scottish Land Fund is funded by the Scottish Government and delivered in partnership by the Big Lottery Fund and Highlands and Islands Enterprise.