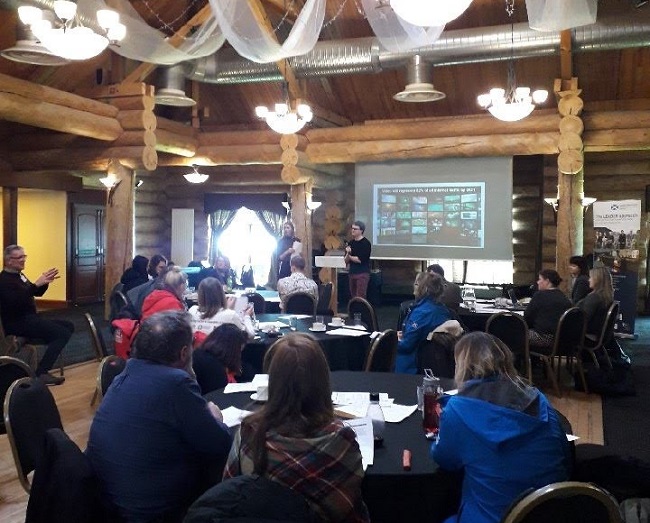 Gill Lawrie, Angus LAG Vice-Chair opened the meeting and welcomed the group to the area.  The first day focussed solely on Video Training provided by James Rose and Hannah Downey from Scottish Rural Network. Attendees were given practical advice on how best to structure and film interviews and case studies and a chance to try out what they had learned by directing and producing their own films. 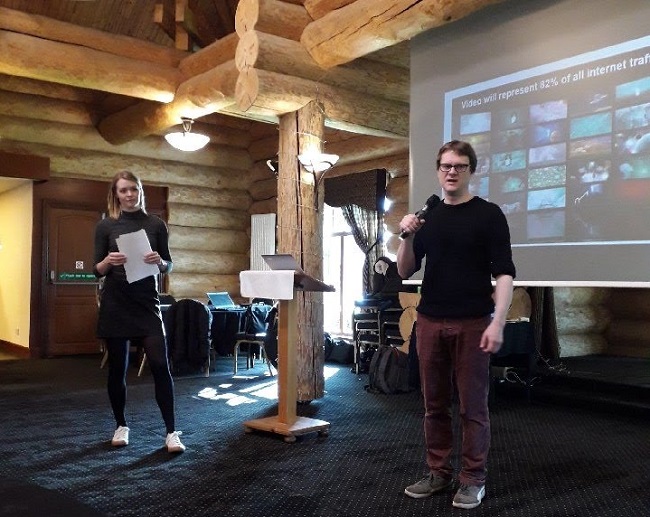 The group then went on a project visit to The Friockheim Hub which opened in January this year. This project was awarded £137,930 from Angus LEADER in order to convert the former Eastgate Primary School into a community hub providing services to local residents. The Hub houses a fitness suite, IT suite, office/meeting space, community café, sensory room and Changing Places facilities, alongside a  full activity/service programme including (but not limited to) airdressers, fitness classes, Post Office counter, counselling, ceramics classes, baby and toddler group, dance classes and many others. ​

We were treated to a wonderful buffet provided by the on-site café which had many going back for more and some taking away doggy bags. You can see why the café is so popular if this spread was anything to go by. Truly delicious. 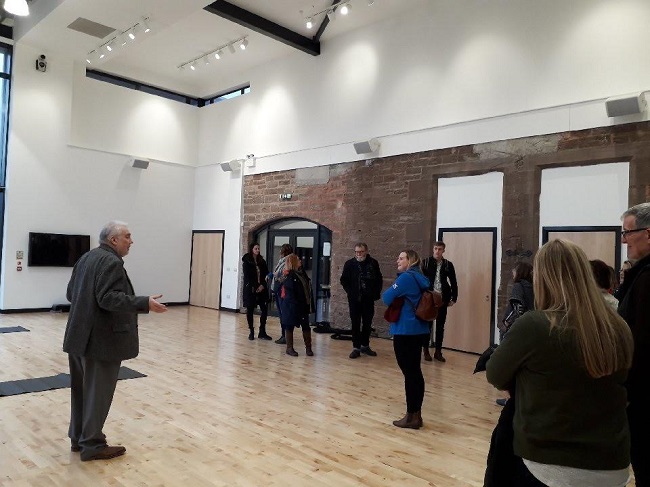 The second day of the meeting opened with presentations from East Haven Together and Social Investment Scotland.

East Haven Together is a project which has received LEADER funding to help them transform the village of East Haven which was previously plagued with litter, graffiti and anti-social behaviour. Through various initiatives such as a Litter Summit and Adopt-A-Street, the project has helped to transform the area and has seen them win national awards including Britain in Bloom Gold Award and Best Coastal Village 2018. For more information on East Haven Together, please visit their website.

Up next was updates from the various external groups including SRN, LAG Chairs, Scottish Government LEADER Delivery Team (LDT) and the East of Scotland European Consortium (ESEC). Peter Ross, Chair of the LAG Chairs group spoke about the recent LEADER Parliamentary Reception and thanked all those who had contributed to making this event  a success. There followed some discussion at the end of the day around local events celebrating LEADER and how the LEADER legacy can be best captured. The LAG Chairs working group which was established in the lead up to the Parliamentary Reception will also be looking at maximising the impact of this and keeping the momentum around it going in the coming months.

Due to the imminent departure of Norman Macaskill from Moray LEADER (more on that later), election of a new Vice Chair for the Scottish LEADER Staff Group was required. Following his declaration of interest, it was agreed that Neil Ramsay from Tyne Esk LEADER will take on this role following Norman’s departure at the end of March.

Two open forum sessions followed which included some discussion around ‘Filling the LDS Vacuum’ and what can be done to help the transition following the end of this programme. There was also a round table update from each area covering where they currently are with their budgets and progression towards LDS targets.

Last but by absolutely no means least, a very fond farewell was bid to Normal Macaskill from Moray LEADER who is retiring at the end of March after many years working within LEADER and rural development. Norman has been vice chair of the LEADER Staff Group for some time and will be sorely missed. Thanks were expressed by all in attendance for all Norman’s hard work and support that he has given over the years. I’m told the Moray LAG members are most concerned with the upcoming ‘Nexit’ when he finishes up as opposed to any other kind of Exit that may or may not be happening at the same time! 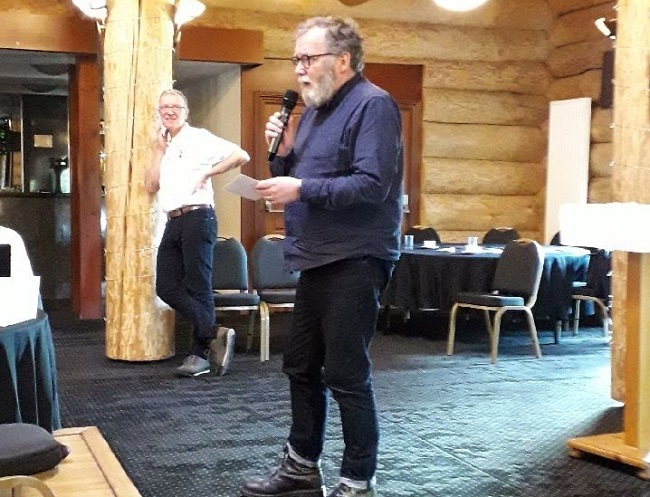 Thanks to Dave Tollick and the Angus LEADER team for hosting the event and all of those who contributed over the two days. Special thanks to Dougie Pond and the team at Friockheim Hubwho hosted the project visit and provided the beautiful buffet meal for the group  and also to all guests who kindly delivered presentations over the course of the two days.

Kathlene Morrison from Outer Hebrides LAG kindly agreed that her area would host the next Scottish LEADER Staff Group Meeting. This will take place in early June 2019.