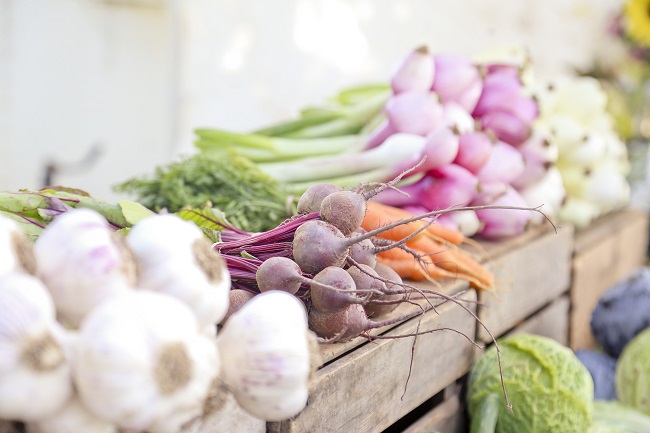 Stirling’s successful online local food market has vowed to continue following the shock announcement that The Food Assembly will be pulling out of the UK in September.

Since being launched in 2016, the Stirling Food Assembly has collaborated with over 40 local farmers, growers and food makers enabling them to sell almost 5,000 baskets of local produce to more than 500 Stirlingshire households. The video below describes how Food Assembly's can help to support local farmers and the rural economy.

The popular market, which is ranked among the top five Food Assemblies in the UK, recently had to move to larger premises at Stirling High School to accommodate its growing community of producers and customers. Stirling Food Assembly is managed locally by Forth Environment Link. The charity’s Food and Growing officer, Stuart Guzinski said:

“Stirling was quick to embrace the Food Assembly concept and it hasn’t lost its appetite for good quality local produce. In fact, over the past two years we’ve grown to over 2,000 members and the initiative has contributed around £100,000 to the local economy. More importantly, we’ve proactively supported healthier and more environmentally sustainable food choices. We’ve no plans to stop this important work when Food Assembly ceases its UK operations and we’re currently exploring alternative ways to maintain a weekly market. In the meantime, we’d encourage people to keep shopping locally with us whenever they can.”

Forth Environment Link has a strong track record of running local food projects, from supporting communities to grow their own fruit and veg to helping schools reduce their food waste.

Clara Walker, Executive Director of FEL said: “With every big change comes opportunity. We’ll be arranging a meeting soon to openly discuss what the future of a local food market in Stirling can look like, how it can grow and improve and how we can continue to build on the work we’ve all put in. We remain committed to developing Stirling into a Sustainable and Good Food City.”