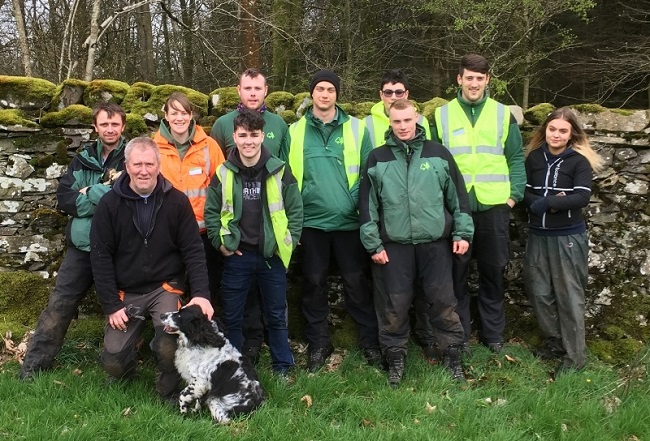 The Gatehouse Development Initiative has been working with Forestry and Land Scotland to develop apprentices’ dyking skills as part of an Erasmus+ project to transfer traditional rural skills.

Seven Forest and Land Scotland apprentices recently took part in an intensive five-day wall building course in Cally woods, Gatehouse of Fleet. The course which was part of the Erasmus+ project 'yesterday’s knowledge, tomorrow’s know-how' involved both an introduction to the theory and practical instruction in different aspects of wall building.

On the first day the trainees were given a thorough introduction to the health and safety aspects of dry stone wall building and used diagrams to understand the theory of wall construction. They then rebuilt a first section of wall. On the second day they cleared fallen trees from an area around a section of wall and also some young trees growing near the wall and then rebuilt more walls. 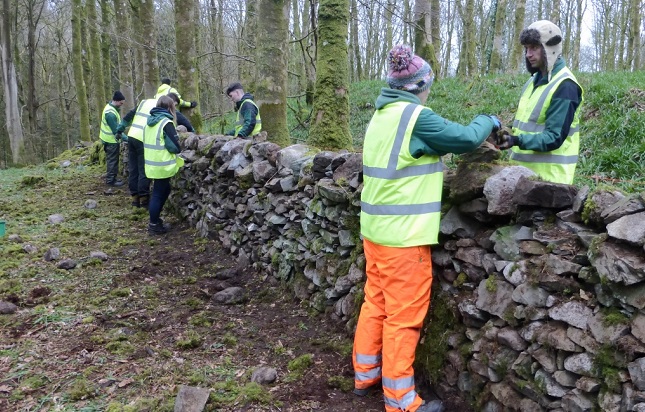 On the third day the group searched for stone around a section of wall which had collapsed completely and on the fourth day they learnt other techniques such as building cheek ends and walls around a tree. The final day was given over to an evaluation of the work done and a visit to other types of wall to study how they could use the experience gained.

Kevin the trainer was very pleased with the level of skill acquired by the trainees, their ability to work as a team and their general motivation. He split the trainees into two groups who developed good team working skills and were also quite competitive. In the later stages of the course he brought the two teams together and they worked well as a single team.

Find out more about the Gatehouse Development Initiative.