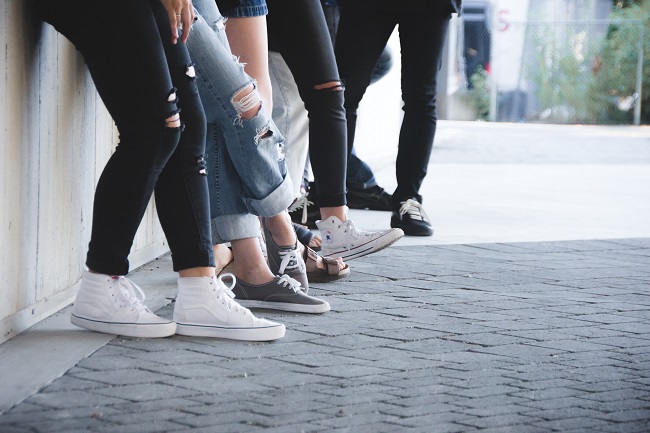 Great news! From today groups across Scotland can apply for Young Start funding to help young people realise their potential. Following a brief pause to refresh the programme, Young Start is back with a life-changing £18 million pounds of dormant banks account funding available for projects that involve young people in their design, running and evaluation.

The Young Start fund previously awarded £29.5 million to 693 projects that have had an incredible impact on the lives of young people, helping them to become more confident, healthy, enterprising and connected to their peers and communities.

One of those young people is Ben, 19, from Motherwell who attends Youth Focus, a Young Start funded project from African Lanarkshire for Mental Health that supports young people to build their confidence through a range of activities.

Ben, who is currently studying building environment at Motherwell college, hopes to fulfil his dream of becoming an architect. When speaking with Ben, it is clear that he is a bright and confident young man. However, he explains that this is in sharp contrast to the extremely shy boy that he was just a few years ago.

Ben’s family moved from Congo to England in 2006 and then on to Motherwell in 2011. He explained how challenging the new environment was for him, “When I first moved up here everything was new – I really didn’t want to stand out… I also had real trouble with the accents and for a long time I couldn’t understand what people were saying to me. I was so shy – I didn’t want to talk to anyone and I didn’t want to speak in front of people.

When talking about school, Ben says that he found it very difficult to make friends. Every night he would go home alone and sit in his room. He said, “I just wanted to sit on my own and do nothing”. Then one day a family friend mentioned the local youth project (run by African Lanarkshire for Mental Health) and a whole new world of possibilities opened up to Ben.

Through the project, Ben discovered his passion for Rugby, “I really like the team building aspect of rugby; working for and playing for each other.”  Ben clearly excelled because he became captain of the Rugby team!

For Ben, the project has had a long lasting impact on his life, building his confidence and providing a space for him to be himself. He still attends the project weekly,

“I have made so many friends there, real friends.  It’s given me the confidence to try new things and stand up to be heard… when you ask about the difference the project has made to my life, I don’t know where to start. I don’t think I would be in college – everything came from here.