In this new series of blogs, Norette Ferns, website and social media officer for the Scottish Rural Network Support Unit (pictured above on the right with Lorraine Lowrie) will be giving regular updates on the team's activities.

Over the past few weeks the Scottish Rural Network Support Unit team has been out and about around the country going to events and visiting projects to do case study filming.

At the start of August, Hannah and I went along to the Black Isle Show to meet folk and chat about their experiences living and working in rural areas. Despite the rain, it was a brilliant chance to talk with lots of people -- including a winner of the impressive veg show! You can see a great photo of Patrick Krause from the Scottish Crofting Federation and his puppy on our Instagram.

Lorraine, Kirsty, Hannah and I have been travelling around the country interviewing people about their projects for short videos highlighting successful rural initiatives. We've visited everything from a renovated jetty to a youth music project to a Japanese garden. Thanks to all our interviewees for taking time to speak to us about their projects, and also to Barrie in the Agriculture and Rural Economy Communications team for sharing his filming knowledge and expertise. 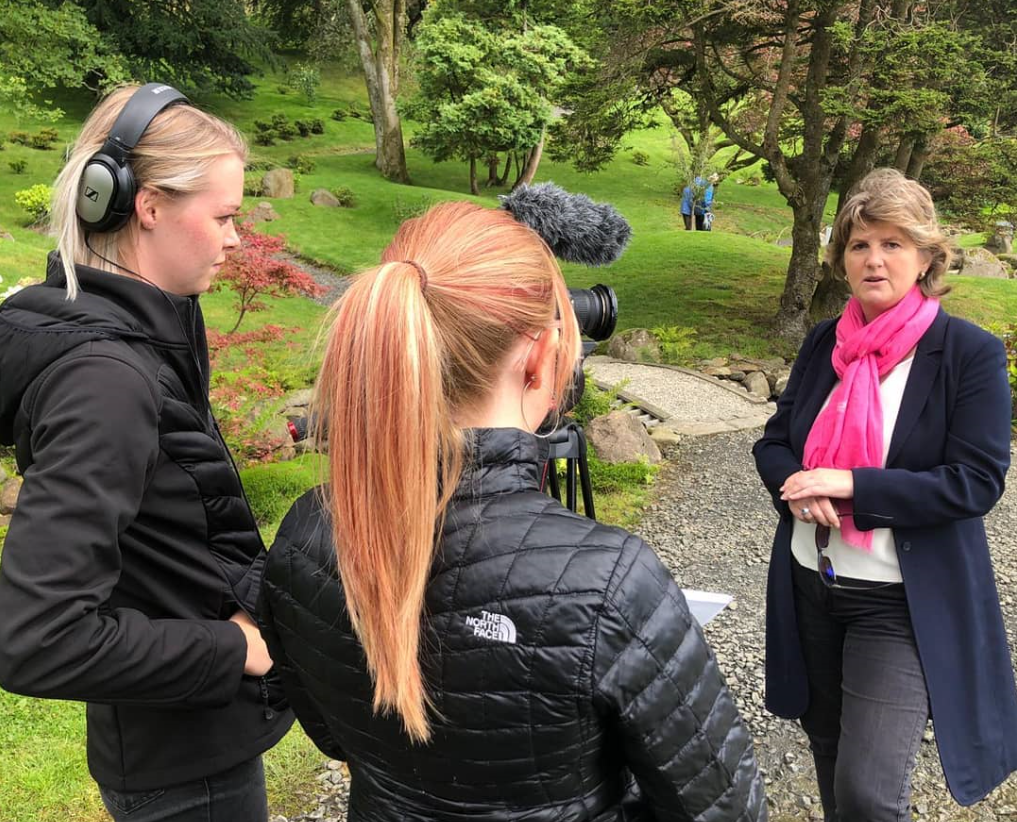 Hearing first-hand about these inspiring projects that are having a real impact on local communities and economies is the highlight of my job. It doesn't hurt when you get to visit LEADER-funded restaurants that have exceptional views and outstanding food either! The Uig Sands restaurant on Lewis is providing locals and visitors with a high quality eatery, and has created around 20 jobs in the local area.

On our Vimeo channel you can see some of the Case Study films we've already produced. Look out for more videos over the coming months, as we work to edit all the footage from our various trips.

During Community Land Week Lorraine and I went along to the Pairc Trust's house warming event at Gravir. With support from a range of sources including Outer Hebrides LEADER and the Scottish Government's Rural and Islands Housing Fund, the trust have developed two new affordable homes in the area. You can find out more in our event report -- and we'll also have a Case Study video from this project.

Also during Community Land Week, Kirsty took a trip to Lochcarron Community Woodland to attend their volunteer celebration event. There's a lot going on including a sensory trail, woodfuel business, shelter and more. Following the event, Kirsty made her way to the Russian Arctic Convoy Museum at Aultbea, which was supported by Highland LEADER.

Lorraine attended the Islands Revival workshop on Skye at the end of August, which attracted around 30 people from all over Scotland, a speaker from the Faroe Islands and one from Prince Edward Island in Canada.

When discussing island depopulation, and drivers for reversing that, the same issues were apparent in many of Scotland's islands as well as the Faroe Islands and Prince Edward Island. Common themes such as access to services, good quality jobs/careers were discussed as reasons for people leaving and the reasons why people return -- quality of life, caring community, vibrant culture, music and identity -- were again common throughout most island communities. You can find out more about the project on the Islands Revival Project blog. 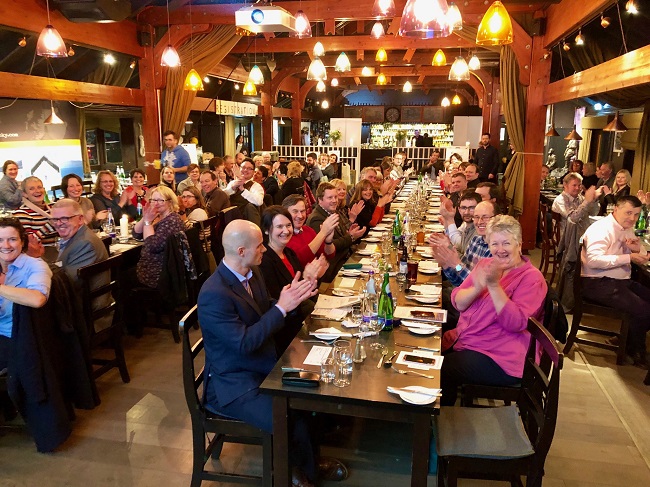 And keeping with the island theme, this week we've had a great article about the work that's being done by Rural Innnovation Support Service (RISS) groups on Scotland's islands. RISS provides professional support to farmers interested in trying new things. It connects them with the right people and helps them develop a viable project. It's part of the Scottish Rural Network and led by Soil Association Scotland in partnership with SAC Consulting, SAOS, Scotland Food and Drink and Innovative Farmers. In Rural Innovation Support Service: A Growing Appetite for Island Produce you can find out about lemons growing on Lewis and a mutton project on Skye.

And finally, this summer has seen quite a few staff changes for the Scottish Rural Network Support Unit. James Rose has moved on to the British Archaeological Society, Kirsty Crichton has recently moved on to the Highlands Small Communities Housing Trust, while Lynn Haughton has moved to a new post with the Scottish Government's Islands Team. Hannah Downey has replaced James Rose as Communications and Content Officer, having previously worked in the team as our Communications and Events Support Officer.

A great way to keep up to date with the activities of the Scottish Rural Network Support Unit is to follow us on social media:​

And if you haven't already done so, sign up for our weekly newsletter!